In a new report from the New York Times, a man who received a pig heart transplant has died with traces of an animal virus. 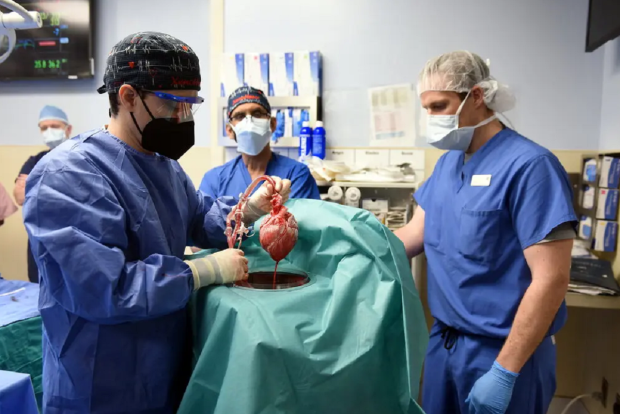 57-year-old David Bennett Sr lived for two months after receiving his genetically modified pig heart, and according to surgeons who performed the first-of-its-kind procedure, the man's body didn't reject the organ, nor was there any evidence to say that the Bennett developed an active infection with a virus following the completion of the transplant.

Bennett died on March 8, and according to Dr. Bartley Griffith of the University of Maryland School of Medicine, traces of a virus that is known to infect pigs was found in Bennett. Notably, Griffith says that the traces of animal virus may have impacted Bennett's condition, and contributed towards his sudden decline in health.

The pig was screened for the virus, but the tests only picked up active infections and not dormant ones. Upon further screening, the virus was found in the pig's spleen. Dr. Griffith said that the virus may have "hitched a ride" into Bennett via the transplanted heart.

"Did this contribute to the patient's demise? The answer is obviously, we don't know, but it might have contributed to his overall not doing well," said Dr. Jay Fishman, associate director of the transplantation center at Massachusetts General Hospital.