In a recent interview with David Mayman, the founder of the company behind the flying motorcycle, he explained why the new way of transportation has been created and the goal behind it. 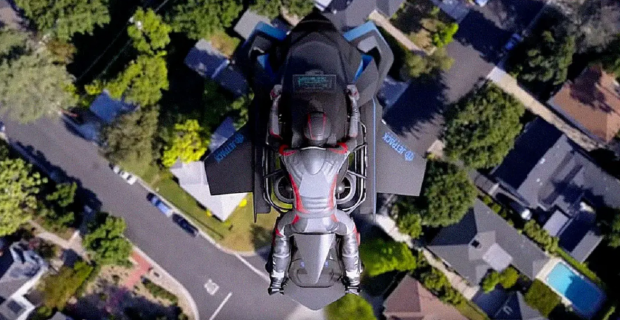 Mayman sat down for an interview with Futurism, where he was asked several questions about the flying motorcycle named Speeder. Mayman explained that the Speeder isn't for the everyday driver, and isn't technically a flying motorcycle, as he believes the design has pivoted away from the traditional concept of a flying motorcycle. Notably, Mayman said that Speeder is primarily aimed at the emergency response and disaster relief, but that doesn't mean there won't be any recreational use.

The founder of JetPack Aviation explained that a Speeder could be used to provide emergency response relief to an area hit by a hurricane that has caused extreme damage to roads and trails. The Speeder would be able to fly over all of the damaged roads, even in 40-50 mph winds. Furthermore, the Speeder is capable of reaching 15,000 feet in altitude, but Mayman says that the only time that kind of altitude is reached is when the Speeder is already in a location with terrain that has a high altitude.

For example, if the Speeder were in the Himalayas, it would be possible to fly at 20,000 feet but only be 100 feet from the ground. Notably, Mayman says that typically the Speeder is flown anywhere between 100 and 1,000 feet above ground level.

For more information on this very cool vehicle, check out the full interview with Futurism.