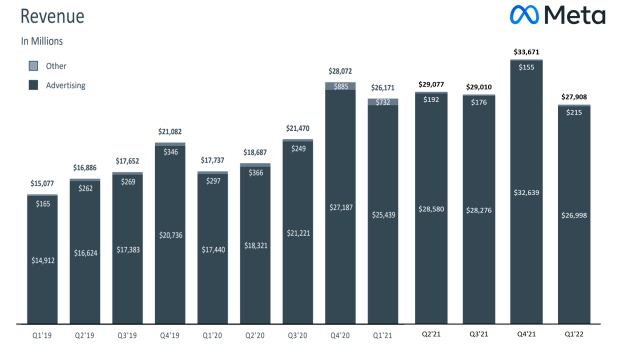 It's no secret that Meta Technologies Inc (formerly Facebook) makes nearly all of its money from advertisements. The company has made over 97% of its earnings from advertisements for the past 14 quarters in a row, raking in as much as $32 billion from ads. 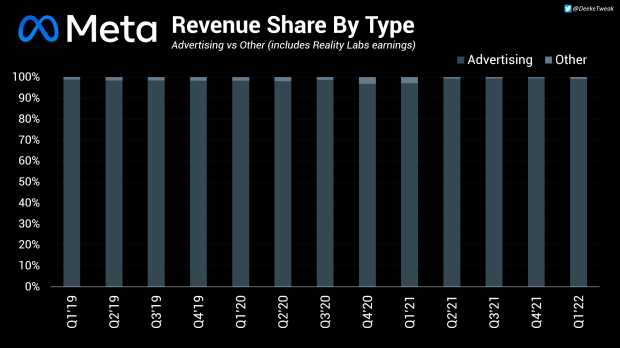 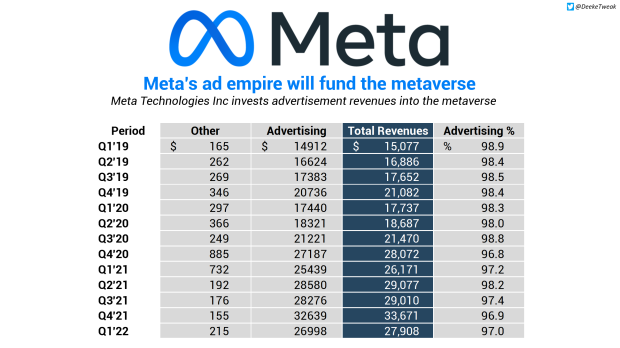 Meta is using these deep coffers to invest heavily into its metaverse plans. Meta has spent $16 billion on its Reality Labs division over the past six quarters, the department that's currently experimenting with multitudes of technologies for the nebulous metaverse. 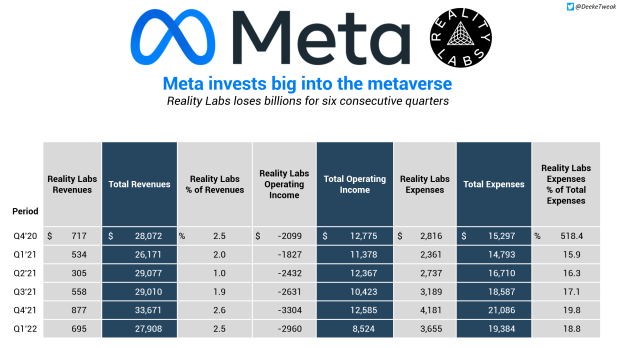 Reality Labs is creating multiple generations of VR, AR, and XR hardware alongside the critical software platforms needed for the company's metaverse plans. Ultimately, Meta wants to converge the worlds of enterprise and entertainment into one expansive platform centered around immersion, creation, and most importantly, monetization.

The first stages of this platform, Horizon Worlds, acts as a community-driven content creation platform that will sell and host digital wares and services. However, the platform aims to take a steep 50% cut of sales--Meta has to start making some of those invested billions back at some point.

Ads will undoubtedly be a significant part of the metaverse, especially when Facebook becomes the foundation for social interaction. The idea is to fold Facebook into the metaverse and bring all of its high-level ad tech services with it, hopefully monetizing users across the new platform. Meta aims to create a union of wholly-owned hardware-and-software.

What's interesting is that Meta is going the opposite direction of competitors like Sony and Microsoft, who both have ambitions for the metaverse but are currently tackling opposite ends of the spectrum. Microsoft has the content infrastructure, Sony has the games, but neither have an established ad tech platform focused on social-driven gaming--which is something that both companies are working on right now.