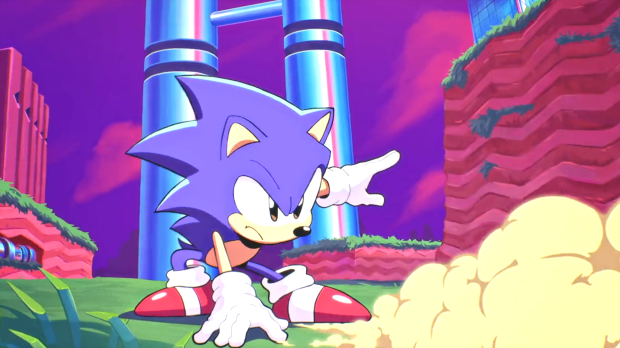 2022 is the year of Sonic...or it was before Sonic Origins. SEGA is celebrating the Blue Blur's 30th anniversary with a special five-game remaster collection called Sonic Origins, which packs in Sonic, Sonic 2, Sonic 3, Sonic & Knuckles, and Sonic CD in one mega-bundle.

There's just two issues: The collection costs $40, and SEGA has carved up modes and content in multiple SKUs. Fans aren't happy with Origins' fragmented business model which includes the Standard Edition for $39.99, which only includes the base game, and the Digital Deluxe Edition for $44.99 that includes extras like hard missions, character animations, and music tracks.

SEGA is also offering two DLC packs that can be purchased separately. These count as in-app purchases and don't have a price yet.

Gamers are frustrated that there's no way to actually buy everything in one package and that the extras are somewhat confusing in their scope--except for the hard mode, which arguably is the best add-on feature.

The controversy has taken away from the franchise's all-important 30th anniversary, which has culminated in a significant amount of planning and development.

Multiple teams have come together to work on Sonic Origins including Castlevania animator Powerhouse Animation, who helped animate the sequences featured in the games, and Sonic Mania co-developer Headcannon.