Netflix can't blame losing 200,000 subscribers from its 200,000,000+ strong base of monthly subscribers for the disastrous 35%+ drop of its stock on the opening bell this morning.

SpaceX and Tesla boss -- as well as Twitter enthusiast and board member, Elon Musk -- said that a "woke mind virus" is the biggest threat to civilization. Musk said Netflix had been neglecting its viewership, focusing too much on "woke issues". Anyone that has watched Netflix over the last few years can agree.

Netflix is competing with other streaming giants in the space now, with Apple TV, Disney+, HBO Max, Paramount, and more. The mainstream media wants to blame the Ukraine conflict, but they can't use that as the new pandemic and lay blame for all economic issues because of it. I won't. Because the cost of living and the Ukraine conflict were screwing Netflix, all streaming giants would be suffering.

It's the woke mind virus, Musk is right. 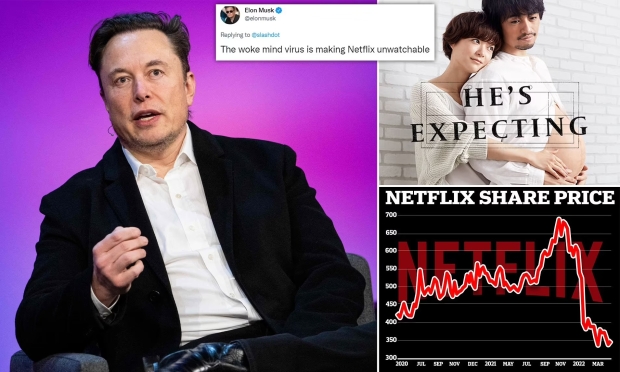