Originally discovered in 2007, fast radio bursts, or as researchers refer to them, FRBs, are one of the many mysteries of the universe that are yet to be fully explained by science. 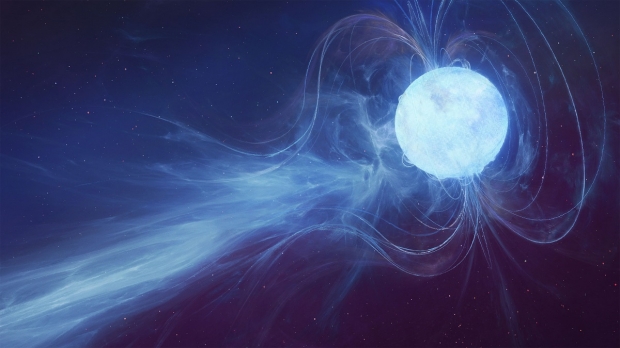 FRBs are a radio wave pulse that ranges from a fraction of a millisecond to a few milliseconds, but is estimated to release as much energy as the sun does over three days. The process of these pulses isn't yet fully understood by astronomers, but a team of scientists recently put forward a study published in the Astrophysics Journal, and it provides evidence for an explanation of these FRBs.

The team suggests that FRBs may be caused by neutron stars interacting with orbiting planets within their region. The researchers explain that the pulse of radio waves may be caused by a planet's orbit coming too close to the neutron, and as a result, the neutron stars strong gravitational pull tears parts of the planet off, causing an interaction that produces "really strong radio emissions."

"How fast radio bursts are produced is still up for debate," says astronomer Yong-Feng Huang of Nanjing University in China.

The researchers were able to confirm their hypothesis for at least two FRBs, the first discovered in 2016 that seems to repeat every 160 days and another that repeats every 16 days. Despite this seemingly new hypothesis, there is still much unknown about FRBs, and a lacking amount of strong scientific evidence to reach any form of conclusive hypothesis for their existence.