A study on the new measurement titled "High-precision measurement of the W boson mass with the CDF II detector" has been published in the journal Science. 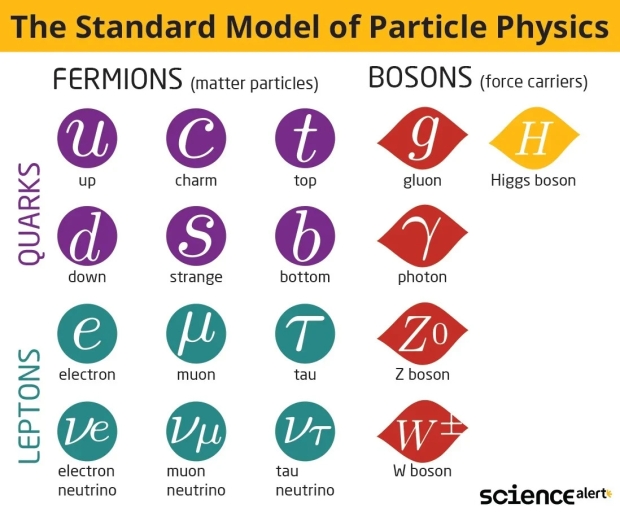 The W boson is an elementary particle, a fundamental building block of all matter in the universe, which governs the weak force, one of four fundamental forces in nature (the others being the strong force, the electromagnetic force, and the gravitational force). The Standard Model of particle physics describes these elementary particles, but new experiments have shown the mass of the W boson is significantly greater than previously thought.

"If this is real, and not some systematic bias or misunderstanding of how to do the calculations, then it's a huge deal because it would mean there's a new fundamental ingredient to our universe that we haven't discovered before," said Harry Cliff, a particle physicist at Cambridge University who works at the Large Hadron Collider.

Data from four million W boson candidates found during experiments with the Tevatron particle accelerator were analyzed by over 400 scientists for more than a decade since the Tevatron stopped operating in 2011. They determined the W boson's mass with a precision of 0.01 percent, double the precision of previous efforts. Their results show the mass of the W boson differs from the mass predicted by the Standard Model by seven standard deviations.

"But if you're going to say something as big as we've broken the Standard Model of particle physics, and there's new particles out there to discover, to convince people of that you probably need more than one measurement from more than one experiment," Cliff continued.

Introduction to the Standard Model and Beyond: Quantum Field Theory