The most expensive aircraft carrier ever made has finally been completed after 13 years.

The USS Gerald R. Ford (CVN-78) is now ready for deployment after construction began in 2009. The usual timeframe for building an aircraft carrier is five years, but the USS Ford was expected to be deployed in 2017, eight years after construction started. However, due to reliability issues with new technologies aboard the carrier, unforeseen delays meant its completion was pushed back by five years.

"Readiness of USS Gerald R. Ford (CVN-78) is the Navy's top priority, and the progress the team made during the Post Shakedown Availability (PSA) met requirements while the subsequent eight months of CVN 78's post-delivery test and trials (PDT&T) period has been impressively ahead of plan. Even in the face of a global pandemic, the team has kept a lightning pace, and we will continue to do so, for our Navy and our nation, until USS Gerald R. Ford completes her post-delivery obligations and is fully available and ready for tasking by the Fleet," said NAVSEA spokesman Rory O'Connor in July 2020. 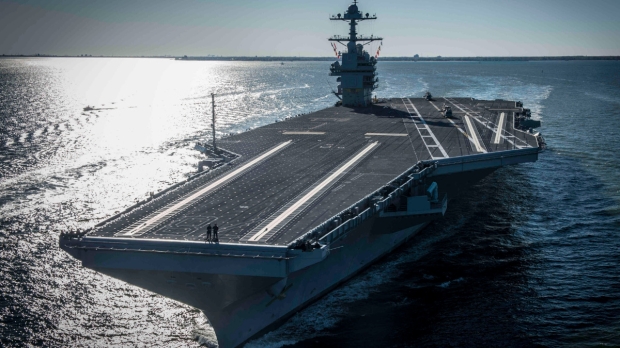