An international team of researchers have reported observing what is now the oldest beam of microwave radiation, paving the way for more knowledge of the early years of the cosmos. 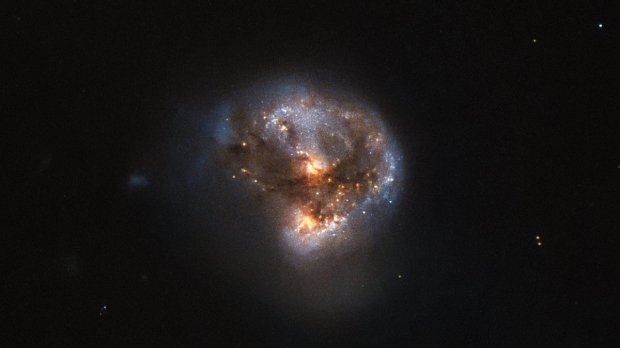 The scientists detected what is called a megamaser, which is a super-powerful laser that consists of microwave light. There are many types of these lasers, and the type that was detected by the researchers is the most common, hydroxyl. This signal consists of a molecule that is made up of one oxygen atom and one hydrogen atom. The team of researchers states that the detection of hydroxyl signals the collision of two galaxies, which results in new stars being born and any surrounding black holes being fed.

The laser that was detected by the researchers has been nicknamed Nkalakatha, which translates to "Big Boss" in isiZulu. The light that was observed is estimated to be about 5 billion years old, giving astronomers a glimpse into the chaotic past of the universe and information to test the future. The researchers used the MeerKAT Array, which features 64 receptors located in South Africa, and notably, it only took one night of observations to make a record-breaking discovery. 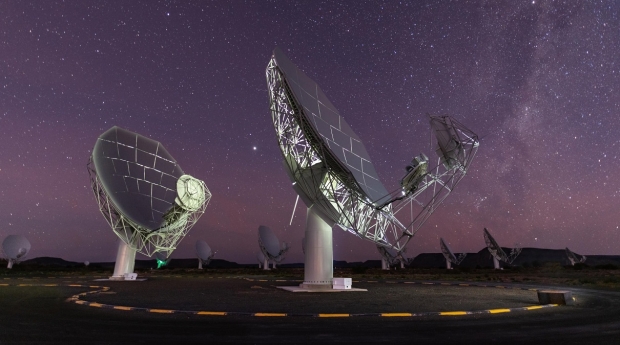 "When two galaxies like the Milky Way and the Andromeda Galaxy collide, beams of light shoot out from the collision and can be seen at cosmological distances. The OH [hydroxyl] megamasers act like bright lights that say: here is a collision of galaxies that is making new stars and feeding massive black holes," said Jeremy Darling, the lead author of the new research and an astrophysicist at the University of Colorado.

"Megamasers are the Bat-Signals of the cosmos-borne out of the collision between two galaxies, such as the Milky Way, these astronomical beacons shoot beams of microwave radiation far into space, not unlike spotlights shining on a city skyline," wrote the University of Colorado.

"It's impressive that, with just a single night of observations, we've already found a record-breaking megamaser. It shows just how good the telescope is," said Marcin Glowacki, an astronomer at Curtin University in Australia.