Veteran space company Teledyne Brown Engineering announced it has partnered with Nissan on creating the next crewed Lunar Terrain Vehicle. 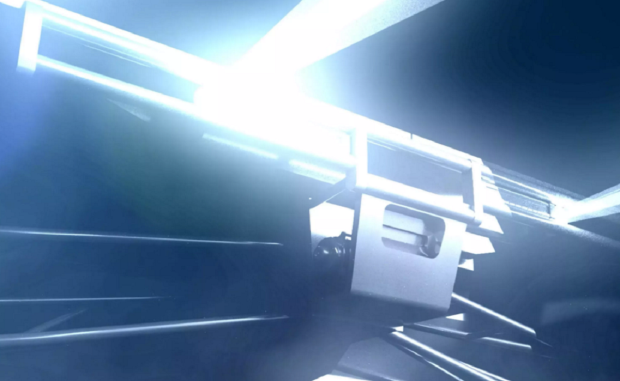 The announcement from Teledyne took place at the 37th Space Symposium in Colorado Springs, where the company with more than 70 years of experience in the space industry announced it would be partnering with Nissan, Sierra Space, and a few other companies to work on creating the next lunar rover.

According to a press release, Nissan has previously worked with NASA on autonomous mobility at the AMES Research Center and has displayed its experience with electric vehicles and a passion for space exploration. Nissan North America will be bringing its autonomous driving technology to the table, as well as its extensive history of high-quality engineering and design.

Furthermore, Nissan will be exploring possibilities of power management systems, vehicle connectivity, and human-machine interfacing that will pave the way forward for "intelligent lunar rovers".

"Participation in this project allows for the extension of our industry's technology and design capabilities to space technology and vice versa. With this partnership, we will explore possibilities of autonomy and teleoperations, power management systems, vehicle connectivity, and human-machine interface to help shape the future of intelligent lunar rovers. We then will translate these learnings from the LTV operating on the lunar surface back to earth," said Maarten Sierhuis, Alliance Global Director of Nissan's Alliance Innovation Laboratory in a press release.

"Teledyne Brown Engineering built the first lunar rover prototype for Dr. Wernher von Braun in the 1960s and we have subsequently supported almost every major U.S. human rated space mission. We are proud to continue our extensive presence in space and are excited at the possibility of transporting the first woman and person of color on the surface of the moon," said Reggie Spivey, vice president of the company's Space Systems Group in a press release.