NASA's Curiosity rover has been exploring the large mountain called the "Greenheugh Pediment" for most of March and is now making its way back down the mountain's southern side. 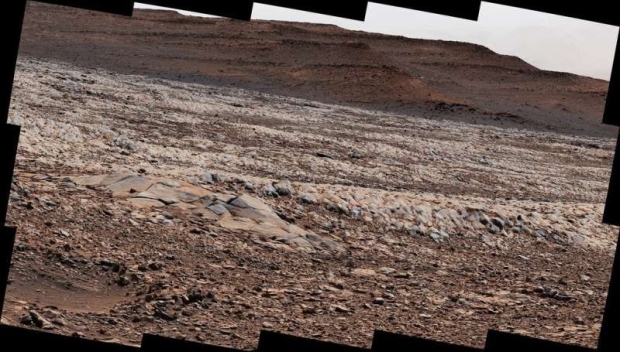 The Curiosity team identified a problem ahead of the Mars rover that originally landed on the Red Planet back in August 2012. There was a large field of objects called "ventifacts" on the rover's route. These objects are rocks that have been sharpened from the harsh martian winds, and in the past, Curiosity's wheels have been damaged when the rover traverses over the terrain.

Notably, ventifacts are found all over Mars, but according to Phys.org, the field of ventifacts ahead of the rover was the most Curiosity has seen in its nearly 10 years on the Red Planet. NASA officials have nicknamed the sharp rocks "gator-back", as the rock resembles the rough scales on the back of an alligator. The Curiosity team is now mapping out a new course for the Mars rover that will take it through much safer terrain as it continues to explore the 3.4-mile-tall mountain it has called home since 2014, Mount Sharp.