NASA and the European Space Agency's Hubble Space Telescope has been operating for 32 years now, and of those 32 years, it has been observing a baby planet forming for 13 years. 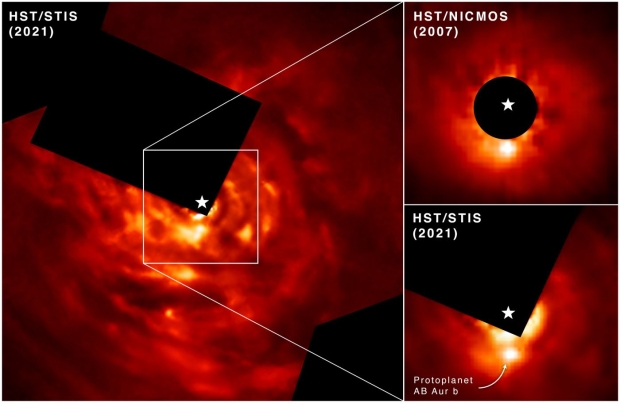 Throughout its operation, Hubble has been periodically looking back at the protoplanet AB Aurigae b that's located in a young solar system 530 light-years away from Earth. At the center of that solar system is the star AB Aurigae which is only two million years old. Hubble has been observing the baby planet form around its local star and found that its very similar to Jupiter, but is actually nine times larger than Jupiter and orbits its star at a distance that is twice the distance between Pluto and our Sun (8.6 billion miles).

Now, why is this interesting? Typically gas giants form through a process called "core accretion", which is the process of a planet being built from the accumulation of smaller pieces of rock, ice, dust, and pebbles that combine together over millions of years to form a planet. At the distance AB Aurigae b is orbiting its star, researchers believe it's unlikely that it would form through core accretion, which led them to observe the baby planet with multiple different telescopes over an extended period to find an answer.

The results have been published in the journal Nature Astronomy, and according to lead author Thayne Currie, the accumulation of data from multiple telescopes concluded that AB Aurigae b was forming through a process called "disk instability". 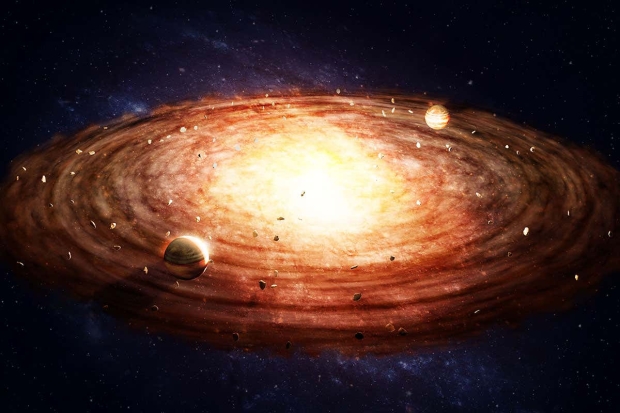 "Almost all of the ~5000 known indirectly detected exoplanets orbit their host stars on solar system scales (a < 30 au). The core accretion model, where a young gas giant forms by slowly building up a multi-Earth mass core and then rapidly accreting protoplanetary disk gas, accounts for gas giants like Jupiter and Saturn at these locations.

In contrast, directly-imaged exoplanets typically have wide, 50-300 au orbits and are over ~5 times more massive than Jupiter. Disk conditions might not allow in-situ formation for many of these planets by core accretion," the paper explains. 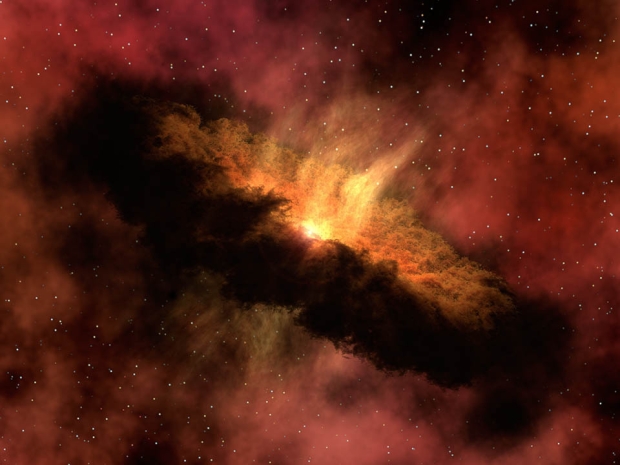 "A plausible alternative model is disk instability: a violent and rapid process of gravitational collapse that is best suited for forming super-massive gas giant planets at ~100 au. Finally, this discovery has profound consequences for our understanding of how planets form. AB Aur b provides a key direct look at protoplanets in the embedded stage."

Thus, it probes an earlier stage of planet formation than the PDS 70 system. AB Aur's protoplanetary disk shows multiple spiral arms, and AB Aur b appears as a spatially resolved clump located in proximity to these arms," the authors write.