Here's DOOM like you never thought possible back in the 90s when id Software exploded onto the scene with its game-changing first-person shooter... now with ray traving:

A modder who has also added ray-tracing through path tracing into games like Half-Life and Serious Sam: The First Encounter, has now injected ray tracing into the original DOOM and the results are surprising. It looks fantastic next to the original DOOM, giving it a totally new vibe while remaining the same DOOM we all know and love.

The side-by-side comparison is great, as it makes the ray-traced version of DOOM stand out from the original. We've already seen similar, with Quak II RTX released onto Steam and is fully ray-traced, including the 3 levels from the original shareware version of the game. But DOOM with ray tracing on its own is still impressive, as it doesn't have a team of developers behind it. Makes me want to go back through and replay DOOM with ray tracing enabled.https://github.com/sultim-t/prboom-plus-rt/releases 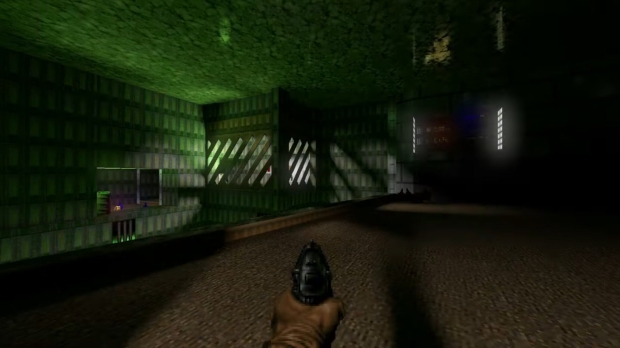