A physics undergraduate and talented astrophotographer, Vincent Ledvina, has taken a stunning 8K video of the northern lights.

Ledvina recently went on a camping adventure to Fort Yukon, Alaska, where he spent three weeks above the arctic circle capturing auroras across several clear-skied nights. The astrophotographer is currently majoring in physics at the University of North Dakota with plans on becoming a space weather forecaster.

During Ledvina's time at the Fort Yukon Long Range Radar Site, his mission was to test a theory on how pulsating or flashing auroras are created. "The design of the mission was to have the sounding rocket launch into the aurora from the city of Fairbanks on a northward trajectory while high-speed cameras captured the pulsating aurora in two locations, Venetie and Fort Yukon," Ledvina explains.

Eight out of the seventeen nights that Ledvina stayed in Fort Yukon had clear skies, and due to some solar wind that caused geomagnetic activity, the auroras shined "extremely bright". The footage was captured on Ledvina's Sony a7r II, Sony a7s, and the Sony a7 iv with a variety of different lenses.

"The rocket's path would fly over the town of Venetie at an altitude of around 350 km and then crash land somewhere in the remote wilderness in the north slope of Alaska," said Ledvina.

"Adding to my luck, some pockets of fast solar wind from the Sun helped spur geomagnetic activity, and the auroras were extremely bright and danced every night the skies were clear!" 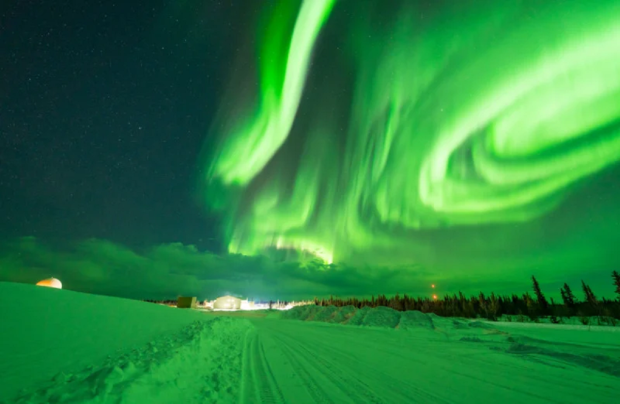