Riot Games today announced that it has raised $5.4 million in funding to help Ukrainian relief efforts in Eastern Europe. 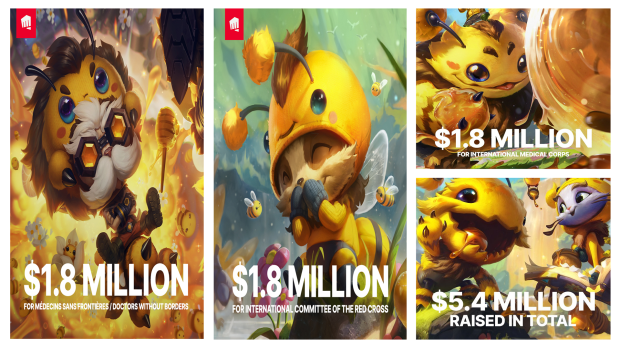 Riot joins major games-makers in donating multiple millions of dollars to aid Ukraine. The company has donated 100% of all proceeds (revenues minus publisher feeds/cuts) from various in-game purchases in games like Valorant, Legends of Runeterra, Teamfight Tactics, and Wild Rift across a week's time. Riot also released a special Bee skin in League of Legends to help raise funds. In total, Riot has will donate $5.4 million

Riot is donating the proceeds equally across three nonprofits: