A pre-print study on the Venus experiment titled "Cloud Continents: Terraforming Venus Efficiently by Means of a Floating Artificial Surface" has been accepted for publication in The Journal of the British Interplanetary Society. 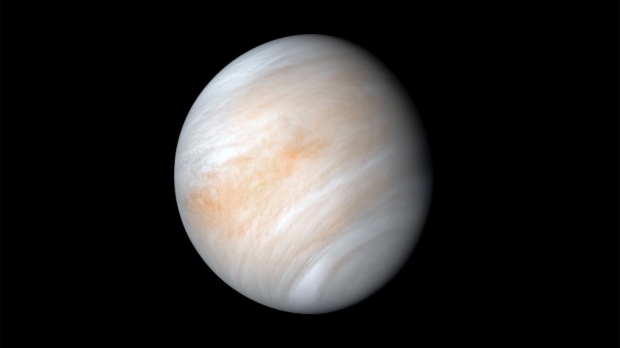 NASA researcher Alex R. Howe has proposed a terraforming method for Venus to make it habitable, covering the entire planet's atmosphere in a plan the Daily Beast described as "absolutely bonkers." The project would likely take at least 200 years and centers on Venus as a terraforming target owing to its similar bulk properties to Earth, such as size, mass, and composition.

Howe's proposal suggests creating an artificial surface in the upper regions of the planet's atmosphere, where the temperature and pressure are more similar to Earth's. Previous proposals to terraform Venus have considered removing its carbon dioxide-rich atmosphere and replacing it with a more habitable environment.

The proposal would use mostly locally produced materials and see the engineering of a breathable atmosphere without the need to import or export large amounts of mass, except for some water. The artificial surface would float above the bulk of the planet's atmosphere using nitrogen to provide the lift. Howe estimates the project would take a similar amount of time to other proposals, with significantly lower resource costs.