The footage comes from Ukraine's Operation Command South, which is a unit of the Ukrainian Ground Forces that posted the video along with a caption that is a reference to a statement made by famous British Field Marshal Bernard Law Montgomery. Ukraine's Operational Command South said the following, "The harder the fighting and the longer the war, the more the infantry, and the whole army, rely on the artillery." Adding, "And in modern conditions - also on the UAV" [drone].

For context what Montgomery said was "The harder the fighting and the longer the war, the more the infantry, and in fact all the arms, lean on the gunners." As for the combat drone, the Bayraktar TB2 has been used repeatedly by Ukrainian forces throughout Russia's war, and according to reports Ukraine has more than 20 of the UAV combat drones with Russia only having shot down one. Ukraine has recently requested the West for more drones, check out which ones it wants below.

Read more: US will send 120-pound drones to Ukraine for deadly one-way trips 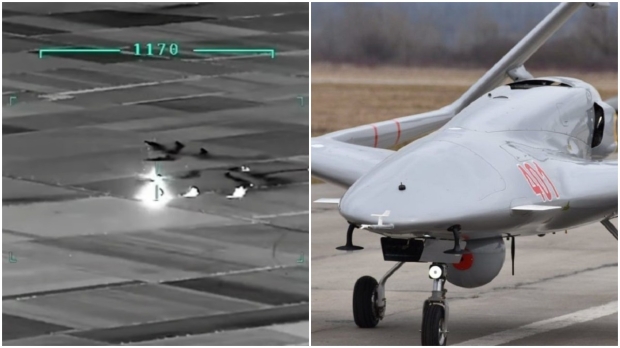