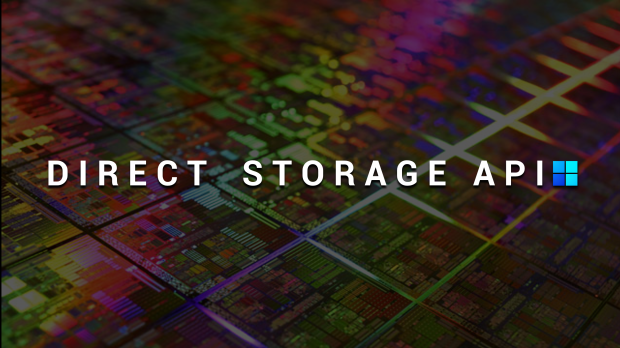 Microsoft's new DirectStorage API could help revolutionize PC gaming. We already know DirectStorage will lead to faster loading times, but combined with Windows 11 and an NVMe SSD, Microsoft says that DirectStorage can reduce CPU overhead by up to 40%, freeing up the CPU for other vital tasks. This could have a dramatic effect on games, including more populated open worlds with diverse NPCs.

We noted this in an older video on the Xbox Series X/S's Velocity Architecture, but here the performance gains are more pronounced due to the higher NVMe speeds of the drives and the increased optimizations with Windows 11's file stacks. What's interesting to note is that DirectStorage's current version still uses the CPU for decompression and is still able to reduce overhead by 40%.

Microsoft software engineer Cooper Partin notes that DirectStorage on PC was specifically built for the PC platform--it's not the same as the Xbox version. 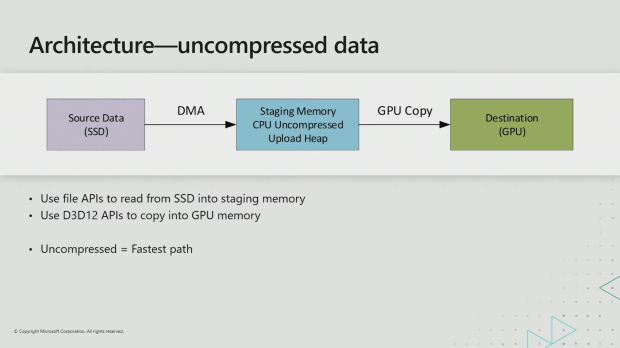 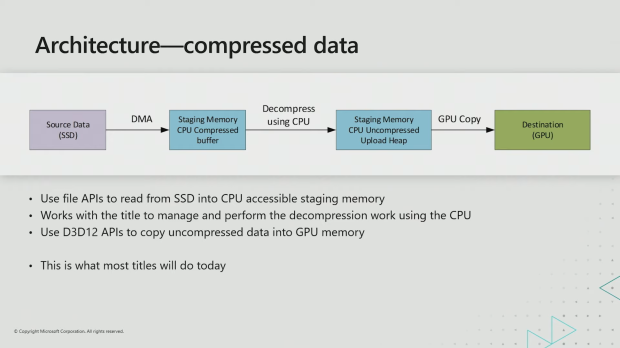 "DirectStorage on Windows is not a direct port of the Xbox implementation. This is a new implementation and we tailored it to get the most out of that PC platform."

"DirectStorage is designed for modern gaming systems. It handles smaller reads more efficiently, and you can batch multiple requests together. When fully integrated with your title, DirectStorage, with an NVMe SSD on Windows 11, reduces the CPU overhead in a game by 20-40%. This is attributed to the advancements made in the file IO stack on Windows 11 and the improvements on that platform in general."

Microsoft recommends an NVMe drive with speeds of at least 2.5GB/sec for DirectStorage, and the feature is still supported on Windows 10.

"On Windows 10, DirectStorage will fall back and use an optimized IO layer that we built on top of the Win32 APIs. This fallback on the layer really leverages good patterns like async IO, and it's going to give you the most performance you can get for throughput on Windows 10."

"DirectStorage's main goal is to choose the best performant way for your loading demands based on the platform you're running on. Now titles do not need to be concerned on whether or not they're running on Windows 10 or Windows 11, they just work through the API and we do the rest." 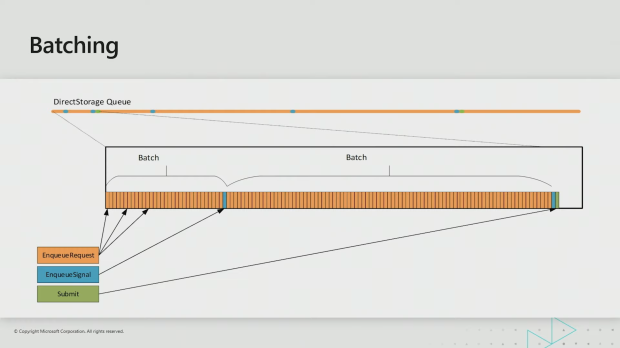 Partin goes on to explain the fine-tuned details of DirectStorage's workflow patterns, complete with examples of multi-batching.

Game developers can create multiple batches of data decompression queues with monitoring signals (event- or polling-based) to ensure the decompression and asset rendering pipelines are always flowing efficiently. Luminous Productions noted this in their GDC presentation on Forspoken, saying that one of DirectStorage's biggest benefits was being able to both decompress and load data in parallel.

As for monitoring and debugging, DirectStorage is also supported with Microsoft's PIX debugging toolset so game devs can monitor queue lanes and data flows.