Only a year after its discovery, Comet Leonard has made its perihelion, or its closest approach with the Sun, as of January 3, 2022. 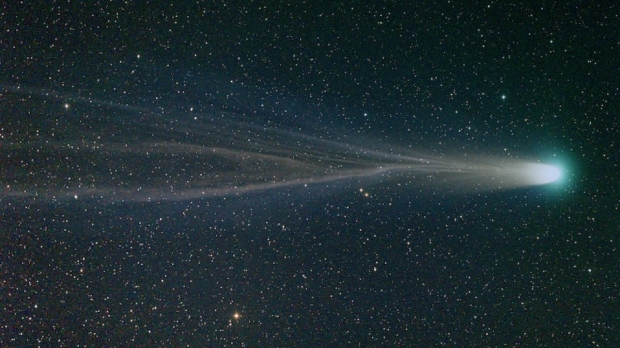 Comet Leonard or C/2021 A1 was discovered by Gregory Leonard, a senior research specialist at the University of Arizona's Lunar and Planetary Laboratory. According to Leonard, who spoke to EarthSky, the comet's main feature is the long tail that is comprised of charged particles that researchers call ions.

Since Leonard is mainly composed of ice as it was approaching the Sun, "the comet's tail began to show some complicated structure, possibly due to pieces breaking off the nucleus, revealing new areas that the sun would then heat," wrote EarthSky. The first confirmation about Leonard breaking up as it journeyed closer to the Sun came from Martin Masek and was then backed up by images released by the SLOOH telescope in Chile that showcased a streak across the sky of what once was Comet Leonard.

"C/2021 A1's legacy will likely be the spectacular outburst-induced displays of its ion tail structures. Otherworldly and astonishing are the only descriptions that come to mind when I began viewing the images being posted online by a handful of dedicated expert astrophotographers, particularly after December 19, 2021, when the comet began undergoing strong periodic outburst activity," wrote Gregory Leonard to EarthSky.

So, what happened to Leonard? EarthSky reports that since the comet's nucleus was only around a mile in diameter, it's likely that as it approached the Sun, it broke apart or disintegrated under the heat or both.