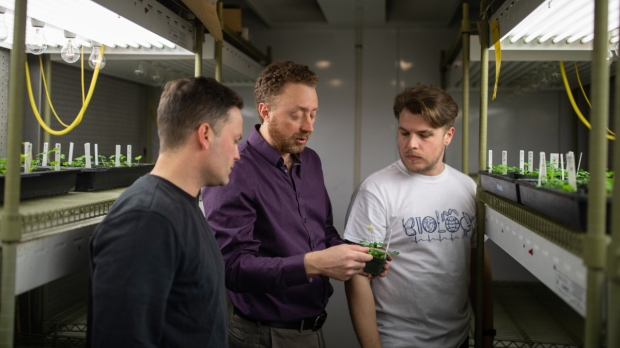 The Global Urban Evolution Project (GLUE) has analyzed data from 160 cities across 26 countries from samples of white clover plants found in those cities and rural areas. The researchers behind the project found that humans in general, particularly cities, are a dominant force driving evolution globally. They found the white clover to be frequently evolving in response to environmental changes in its urban surroundings.

"We've long known that we've changed cities in pretty profound ways and we've dramatically altered the environment and ecosystems. But we just showed this happens, often in similar ways, on a global scale," said study co-lead James Santangelo, a biology Ph.D. student from the University of Toronto Mississauga (UTM).

The researchers were able to identify evolutionary adaptations associated with cities, as they found the environmental conditions in cities tended to be more similar to between cities than those between a city and its surrounding rural habitat. For example, they found that white clover growing in cities produces less hydrogen cyanide, used as a defense mechanism, than in its rural counterparts after repeated adaptation to the urban environment.

"This study is a model to understand how humans change the evolution of life around us. Cities are where people live, and this is the most compelling evidence we have that we are altering the evolution of life in them. Beyond ecologists and evolutionary biologists, this is going to be important for society," said Rob Ness, an assistant professor of biology at UTM who co-led the project.