Spaceweather reported that a coronal mass ejection (CME) was observed after an eruption of a magnetic filament.

According to the report, the CME departed the Sun on March 7, 2022 and is expected to hit Earth on sometime on March 10. The coronal mass ejection is expected to cause relatively weak geomagnetic storms at a rating of G-1, which means there little chance that satellites and electric grids will be taken offline by the storm.

While the storm is expected to be weak, there is still the increased chance for auroras to be spotted in the night sky. Previous Sun blasts have caused auroras to be spotted across Europe, Scandinavia and as far south in the US as Washington State. NOAA's Space Weather Prediction Center has provided an area where auroras as expected to be seen. If you are interested in reading more about this story, check out this link here. 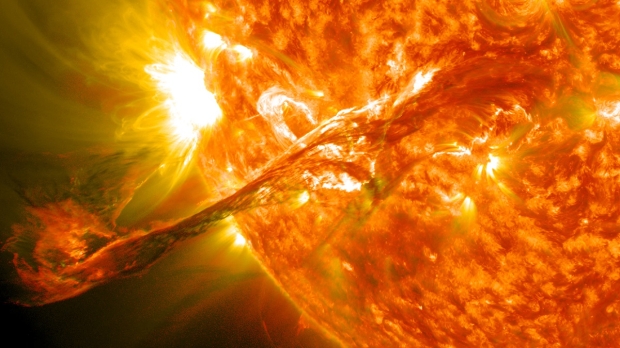