The photos will be auctioned at Copenhagen's Bruun Rasmussen auction house on March 9th, 2022. 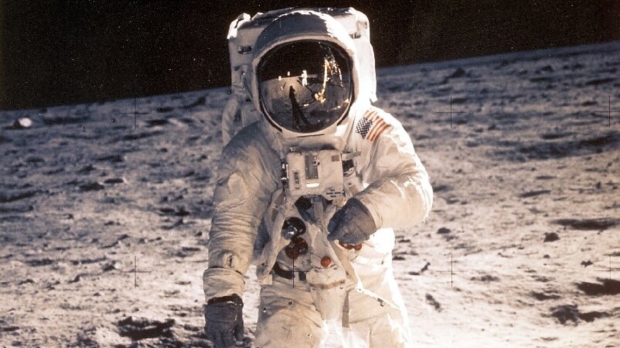 An anonymous foreign collector contacted the auction house to sell their collection of 74 photos, including photographs from the missions Apollo 8 through Apollo 17 and more, with 26 of the photos being taken on the moon. Each photograph is being auctioned off individually, and the entire collection is estimated to be around 1.4 million kroner in value, or almost 190,000 euros ($205,000).

"One of my favourite photos from this fantastic collection depicts a photo of Buzz Aldrin taken by Neil Armstrong, and you can actually see Neil Armstrong being reflected in Buzz Aldrin's visor," Kasper Nielsen, the head of the Bruun Rasmussen auction house's valuation team, told AFP.

The most valuable photograph is the first "Earthrise" photo taken by U.S. astronaut William Anders in December 1968 while orbiting the moon as part of the Apollo 8 mission. The photo is valued between 8,000 and 12,000 euros ($8,733 to $13,100). Several photos are being publicly displayed for the first time, previously having been relegated to the NASA archives.

You can view the whole collection of photographs up for auction here.