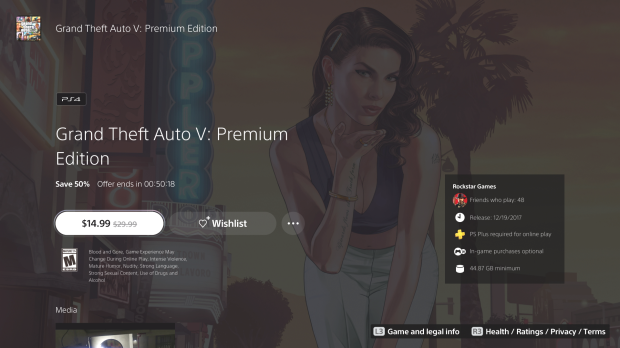 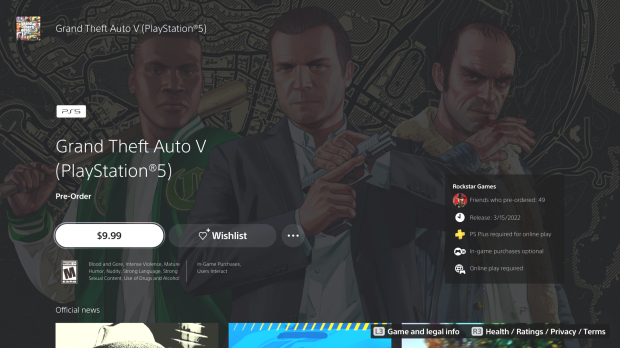 Pre-orders for the next-gen version of GTA V are now live, and the game is surprisingly affordable. GTA V won't cost $69.99 on PS5 and Xbox Series X/S as we had predicted. Instead, the game is only $9.99 right now on PlayStation 5 (only buyable on-console), which is cheaper than the $14.99 PS4 premium edition (this isn't an upgrade price as I don't currently own or have ever owned GTA V on PS4). 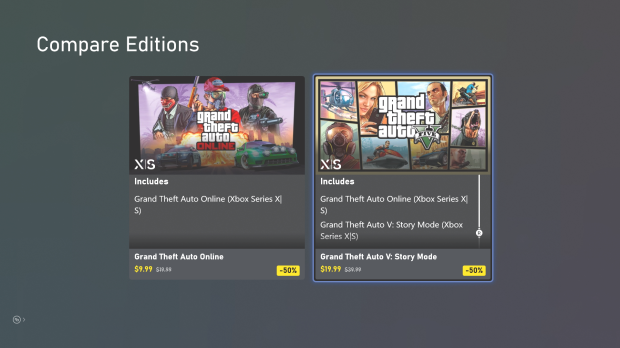 The full GTA V edition is $19.99 on Xbox Series X/S consoles, which is double the price of PS5. Why is that? Here's a refresher: Rockstar is splitting GTA Online from GTA V and selling it as a standalone game. There's now two SKUs, or versions, of Grand Theft Auto V: The Story Mode, which is erroneously named because it includes both story mode + GTA Online, and GTA Online standalone. GTA Online retails for $19.99, but is discounted to $9.99 on Xbox Series X/S until June 14, 2022. 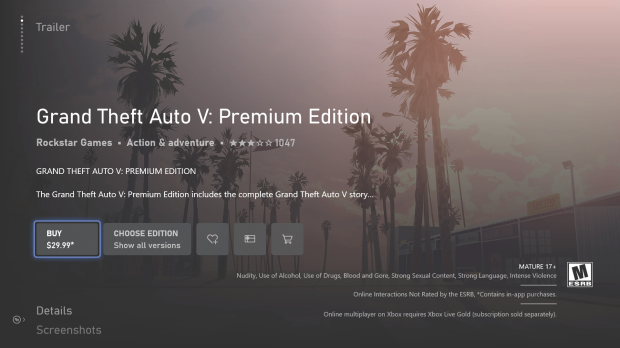 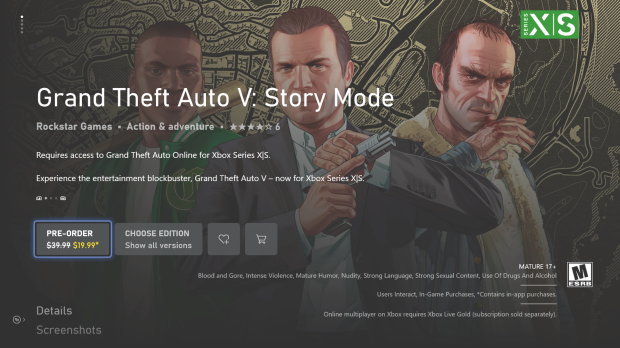 PlayStation Plus subscribers get GTA Online for free for a limited time. So technically PS Plus gamers cannot purchase the full version of GTA V on PS5 just yet because GTA Online is free. That's why the game is cheaper than the Xbox Series X/S version.

To be perfectly clear, Grand Theft Auto V's full version on PlayStation 5 and Xbox Series X/S has a retail price of $39.99 but there's discounts applied to anyone who pre-orders the game.

Why is the PlayStation 5 version so cheap? There's no telling. It could be a pricing error, or it could be a marketing deal. We're betting the latter.