Gamers are comparing Elden Ring to other open-world games like Assassin's Creed Valhalla, but this comparison doesn't hold water on a business perspective. 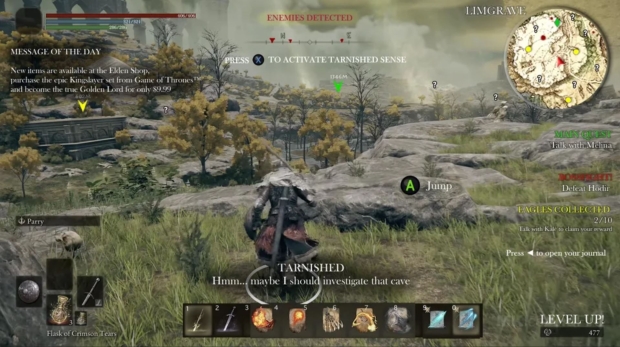 There's a few memes floating around that poke fun at Assassin's Creed games with the humorous tag "if Ubisoft made Elden Ring," complete with tons of on-screen icons, guides, and interactive UI features. The memes have garnered lots of response and gamers are becoming more critical to Ubisoft's style of game development, namely with monetization and hand-holding. Those things are fair on a critical level, but on a business level, comparing Elden Ring to Assassin's Creed is apples and oranges.

The reality is Ubisoft and Bandai Namco are two very different companies. To put it quite simply, Bandai Namco--and FromSoftware's owner, Kadokawa--have a different goals than Ubisoft. 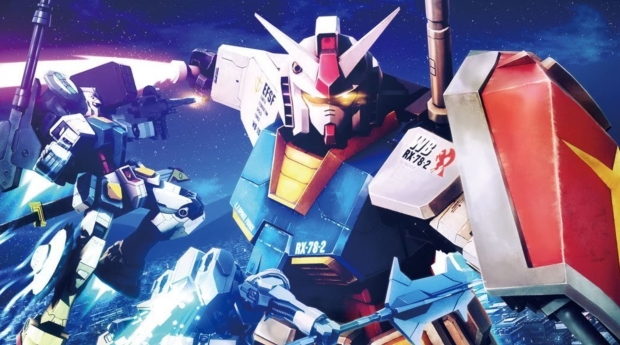 Bandai Namco makes more money from toys than it does games

Bandai Namco, for instance, has multiple operational branches that include non-gaming segments like toys and collectibles, amusement facilities, and even music licensing. The company makes consistent revenues every year across these multiple segments. In fact, Bandai Namco made more money from its Toys and Hobby segment than it did from video games. That should change once Elden Ring's massive success is factored into the numbers, however.

This kind of flexibility gives Bandai Namco the opportunity to focus more on full game sales instead of repeatedly-monetized, microtransaction-driven live service games.

That's a big reason why Elden Ring isn't like other monetized games.

The other reason concerns FromSoftware's parent company, the Kadokawa Corporation. This particular company makes most of its revenues from manga publications and not games.

Here's a breakdown of Kadokawa Corp's revenues for the last 9 months: 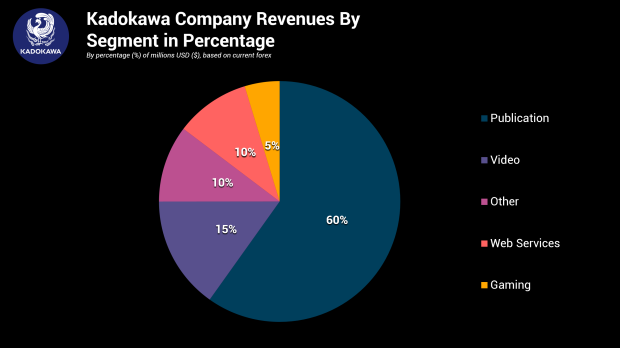 Ubisoft, however, is very different than these companies. The developer focuses strongly on live services and recurring revenues to inflate its yearly revenues.

For Ubisoft, it's not just about selling premium games, but stretching out those revenues for as long as possible via microtransactions, online content, and engagement strategies.

Ubisoft doesn't have other segments to help buoy its revenues. While it does make merchandise, it doesn't have established licensed publications, music revenues, amusement content, or even the might of, say, Gundam model kits to help complement its games earnings. 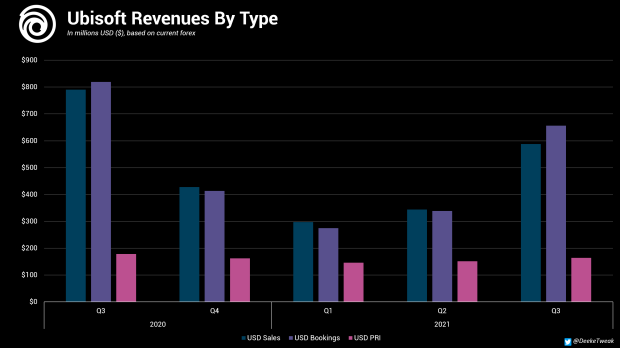 The developer designs its games with live services in mind. This means titles like Assassin's Creed a huge games that can last hundreds of hours, complete with cosmetic (and game-affecting) monetization across the board. There's plenty of opportunities to spend time or money.

As a result, Ubisoft makes hundreds of millions of dollars a year on PRI, or Player Recurring Investment, a metric that includes in-game purchases and microtransaction spending.

On data level it's not accurate to compare Elden Ring and Assassin's Creed. The two games are designed for different goals. Elden Ring is designed as a premium game that can be purchased once and played, whereas Assassin's Creed are nearly never-ending experiences that evolve, change, and grow over time by virtue of live services.