The remarkable artificial arm, known as the Atom Touch, was made by Atom Limbs. 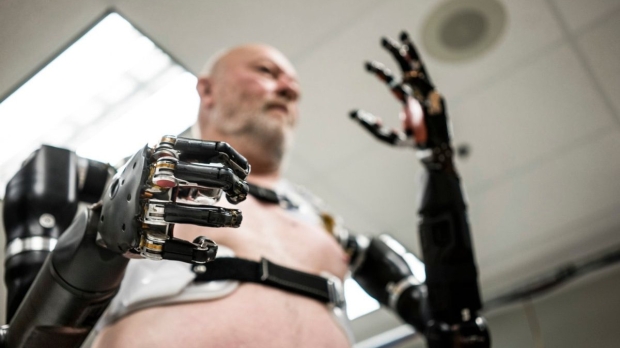 Atom Limbs is making what they call "the first artificial human arm" in the form of the Atom Touch. It will have near-full human range of motion, restore a basic sense of touch and be non-invasively mind-controlled, according to the Atom Limbs website. It is slated for 2023 availability, and you can sign up for updates or apply for the Atom Preview Program on the website.

Tyler Hayes, the CEO of Atom Limbs, explained to Interesting Engineering that the inspiration for the device came from learning about how the healthcare system has failed people with limb loss. Only one in five people choose to wear prosthetics due to the poor quality and usability of the available options. Atom Limbs was thus born to "revolutionize the $800B+ physical disability industry" and make high-quality prosthetics for the more than 65-million limb-different individuals.

"The Atom Touch is what we call an artificial arm. It will act much like a regular arm, restore a near-full range of motion, enable individual control, be comfortable to wear all day, restore a basic sense of touch, and be considerably more affordable than leading prosthetics today. The Atom Touch connects to a wearable device we call the cuff, which is itself connected to a shirt. These have a built-in brain-to-computer interface that detects signals from the user's body, including their residual limb, to control it. The arm is non-invasive and truly wearable," said Hayes.

"The prosthetics industry is broken. If we look at the number of limb-different people who wear one, we see that only one in five do so, citing a lack of use and even pain when using them. These transitional prosthetics make some even feel more disabled," Hayes explained.

"This is because even leading prosthetics are basically just a hook that looks like a hand. They're about as far from intuitive as one can get. Users can't move fingers, they're limited to 10 preset "grips", can't reach above their head, can't move joints at the same time, get no sense of touch, develop musculoskeletal issues - the list goes on. This simply isn't good enough. Through modern robotics, we are able to truly revolutionize the physical disability industry and for the first time provide artificial limbs that add real value to people's lives, not hinder them," Hayes continued. 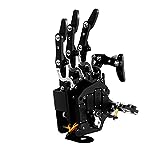