A World of Tanks developer is fired for controversial support of Russia's invasion of Ukraine. 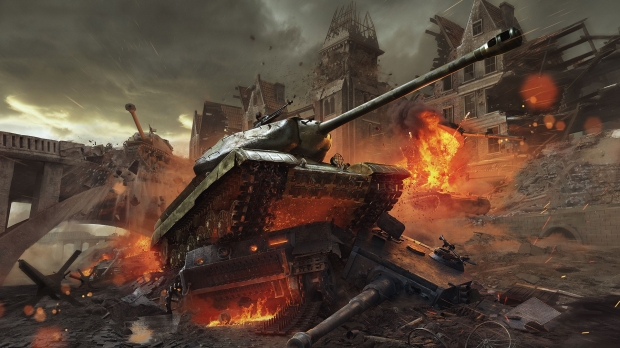 A bit ago, World of Tanks creative director Sergey Burkatovskiy wrote on Facebook that he agrees with Russia's unprovoked strikes on Ukraine. Shortly afterwards WoT parent company Wargaming terminated Burkatovskiy and confirmed he is no longer working on the game.

The Belarusian developer, who operates multiple war games including World of Tanks, World of Warplanes, and World of Warships, says these aren't the views it has on the escalating conflict. "Sergey Burkatovskiy expressed his personal opinion on social media which categorically does not reflect the position of the company. He has been let go and is no longer at the company," the Wargaming tells PC Gamer.

Other game-makers are likewise pushing back against the brutal Russian invasion. EA has removed Russian teams from FIFA, for example, and major world powers are punishing the country with financial and economic sanctions.