A paper on the mission titled "Tomographic Muon Imaging of the Great Pyramid of Giza" has been submitted to arXiv. 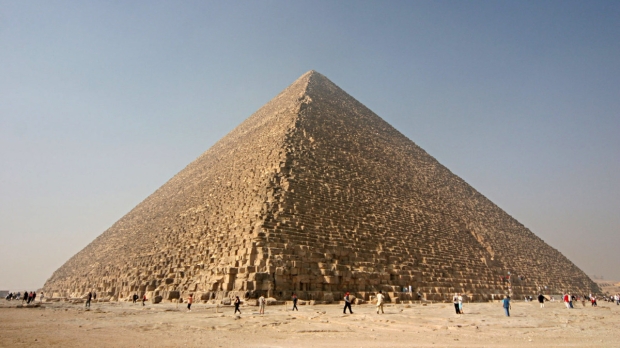 The Great Pyramid of Giza is one of the Seven Wonders of the Ancient World and the only one that has stood the test of time and still stands today. The Great Pyramid of Khufu is the largest of the pyramids at Giza, and it will scientists will study it using cosmic-ray muons to see deep into the pyramid and map its internal structure. The effort is known as the Explore the Great Pyramid (EGP) mission.

Muons are elementary particles, similar to electrons but more massive. They can penetrate structures more deeply than even X-rays and thus are even more useful in tomography. Cosmic rays consist of high-energy protons and atomic nuclei from the sun and elsewhere in the galaxy, which arrive at Earth and collide with the atmosphere. When they do so, they produce various secondary particles, including muons.

The EGP will use muon tomography like the ScanPyramids team before them, but the EGP says their muon telescope will be much more powerful.

"We plan to field a telescope system that has upwards of 100 times the sensitivity of the equipment that has recently been used at the Great Pyramid, will image muons from nearly all angles and will, for the first time, produce a true tomographic image of such a large structure," they wrote in the paper.

"The Exploring the Great Pyramid Mission takes a different approach to imaging large structures with cosmic-ray muons. The use of very large muon telescopes placed outside the structure, in our case, the Great Pyramid of Khufu on the Giza plateau, can produce much higher resolution images due to the large number of detected muons. In addition, by moving the telescopes around the base of the pyramid, true tomographic image reconstruction can be performed for the first time," they continued.