A team of researchers has found a new crater that seems to now be the largest impact crater on Earth that formed within the last 100,000 years. 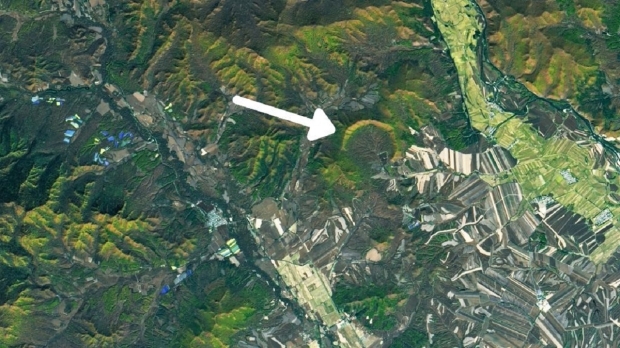 The newly discovered crater is located in Northeast China and looking at the above image, a crescent-shaped geological structure can be seen that researchers have called the Yilan crater. A description of the crater has been published in the journal Meteoritics and Planetary Science and states that the geological structure was confirmed to be an impact crater caused by an asteroid between 46,000 to 53,000 years ago.

The crater has a diameter of about 1.15 miles, and beneath the 328 feet of lake and swamp that shrouds the impact zone, is close to a 1,000-foot-thick slab of brecciated granite, which is mainly composed of unconsolidated granite fragments. The rocks beneath the surface display classic evidence of a meteorite impact, as researchers found "shocked quartz, melted granite, glass containing holes formed by gas bubbles, and tear-drop shaped glass fragments-all indications of a high-intensity impact event", according to NASA.