The Pixelmon NFT project recently revealed art work of the NFTs it has been working on, and now the community is an in uproar with some individuals claiming the creators are scammers.

The Pixelmon NFT project was a highly anticipated project within the emerging space as the creators claimed they are building a game where players can train, trade, fight and evolve their Pixelmon NFT. The Pixelmon Twitter account has amassed more than 211,000 followers and many of the community members were very excited to see the reveal of the first generation of Pixelmon NFTs called "Pixelmon - Generation 1". Each of the Generation 1 NFTs was at a mint price of 3 Ethereum.

The above video showcases gameplay the Pixelmon creators posted to their Twitter account on February 8, which is now being compared to the recent artwork reveal that has sparked this backlash. A large Twitter thread showcased screenshots of conversations between the creators about using purchased Unity Engine assets and transactions with the developers' team wallet that revealed an individual going on a large NFT spending spree after receiving millions of dollars in funding.

The founder of Pixelmon that uses the Twitter handle @Syberer addressed the controversy by saying that the "Pixelmon reveal was unacceptable", and that the "NFT art failed" to reflect what the Pixelmon look like in-game. The founder goes on to pledge that the team behind the project is committed to what was promised to investors, while also recognizing that the developers should have held off on releasing the artwork until it correctly reflected what the developers supposedly see in-game. 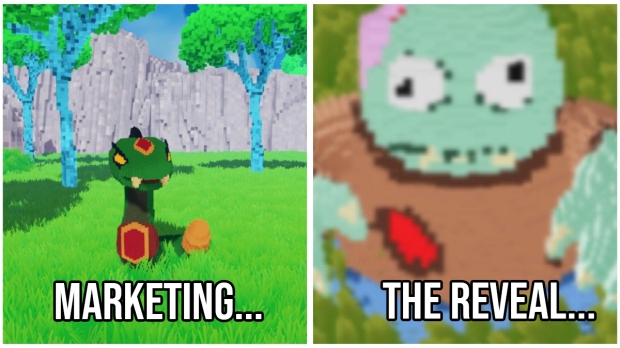