D2R's new ladder reset could happen as soon as April 2022, which is roughly six weeks away. 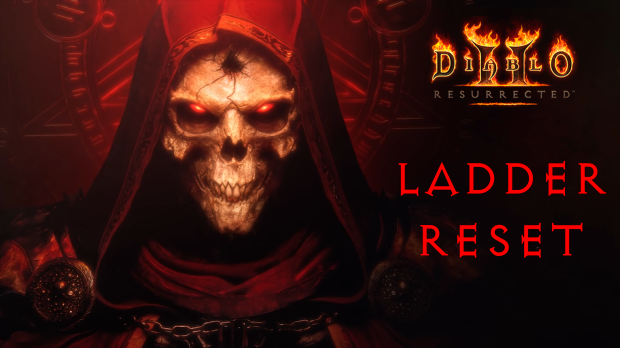 Today Blizzard dropped a new D2R roadmap update that outlines PTR timings and what to expect from the new patch. PTR 2.4 will pave the way for D2R's first-ever ranked ladder and will test a multitude of things including season rolls and item rollover. The devs haven't revealed exactly when the ladder will reset but hint at a possible April 2022 reset.

According to info from the roadmap update, Diablo streamer MrLlamaSC estimates that D2R ranked ladder reset could coincide with an early or mid-April timeframe.

"My guess is PTR lasts 1-2 weeks. They're going to drop PTR on (March 1-4), and then a couple of weeks after that...they'll go down to (late March). So it seems like ladder is not starting until April," MrLlamaSC said in a video.

Blizzard's own official sources don't 100% confirm a new ladder reset date because the PTR testing isn't yet complete, and there might be unforeseen issues, consequences, or last-minute tweaks that need to be done before the ranked mode is ready.

"As for ladder, we are anticipating launching that a week or two after 2.4 hits. Why a week or two? Because we want to ensure that we can address any issues that may arise with the launch of a large update like this to a much larger audience than PTR. Sometimes these come up and we want to ensure the integrity and competitive nature of ladder doesn't run into any snags," Diablo community manager PezRadar said in a recent forum post.