No, Elden Ring doesn't load faster from a mechanical HDD than it does from an SSD. Here's a look at how fast Elden Ring loads on PS4, PS5 vs Xbox One, Xbox Series X/S. 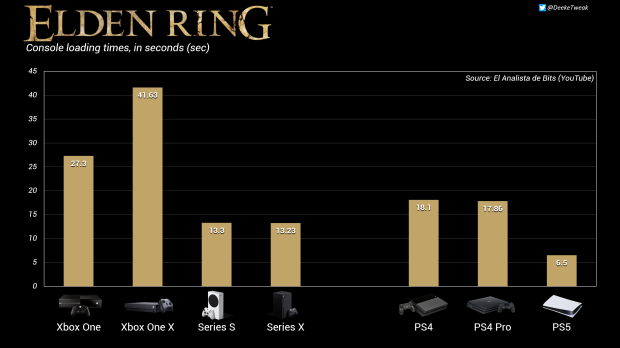 FromSoftware's new BotW Souls simulator Elden Ring has serious issues on PC. Thankfully consoles seem to fare better, and loading times are pretty speedy on next-gen SSDs. This is rightfully so given the advanced PCIe Gen4 x4 hardware and major OS tweaks used by the PS5 and Series X/S.

According to YouTuber El Analista de Bits, Elden Ring loads faster on the PlayStation 5 than it does on the Series X/S combo. This makes a lot of sense given the speed disparity between the two SSDs; the Series X/S hits 2.4GB/sec speeds on PCIe 4.0 whereas the PS5 is more than twice as fast at 5.5GB/sec.

FromSoftware says they are working on multiple fixes for Elden Ring across all platforms, and here's a breakdown of the load speeds: 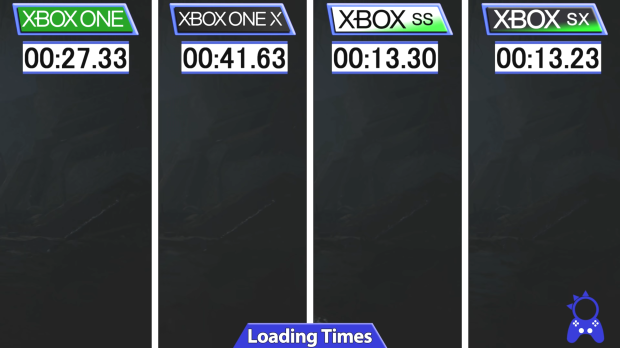 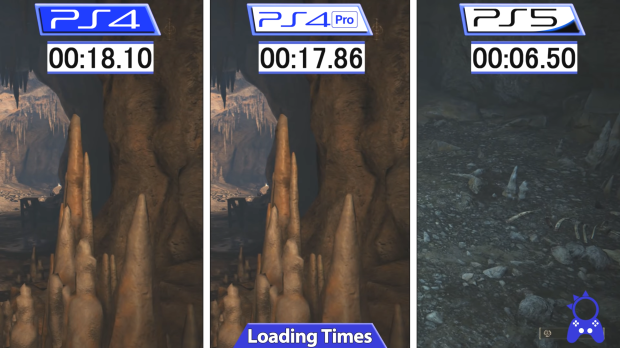