A "very large" telescope was used to snap the below image of a galaxy researchers call Messier 77 or NGC 1068. 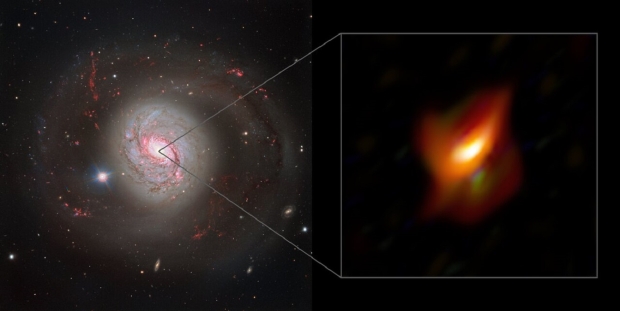 The European Space Observatory's Very Large Telescope located in Chile was used to snap an image of Messier 77, which is located around 47 million light-years from Earth within the constellation Cetus. The image, according to the ESO, has shed new light on galaxies that harbor an active core. At the center, Messier 77 is a supermassive black hole that has an immense gravitational pull. Galaxies that have an active nucleus are fueled by surrounding gas and dust being sucked into the center of the black hole.

Messier 77's supermassive black hole is shrouded in cosmic dust that completely conceals the spiral galaxy's core. However, the Multi Aperture Mid-Infrared Spectroscopic Experiment (MATISSE) mounted to the Very Large Telescope can see in a range of wavelengths that allow it to see through the cosmic dust. With the acquired data from multiple observations, researchers developed a new way to view Messier 77, adding to the researchers' observing program of galaxies with an active core. 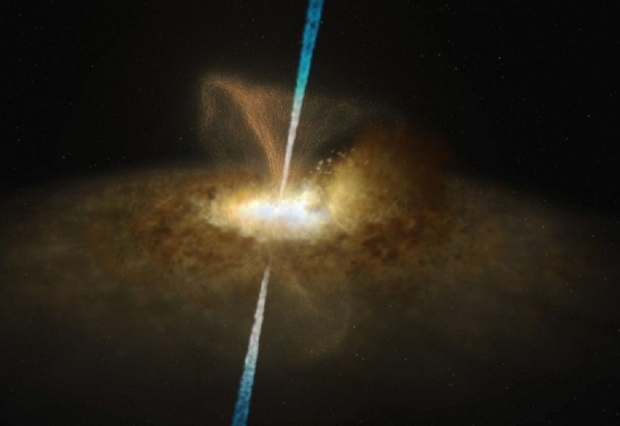 An artists impression of the supermassive black hole at the center of Messier 77 shrouded in cosmic dust.

"Our results should lead to a better understanding of the inner workings of AGNs. They could also help us better understand the history of the Milky Way, which harbors a supermassive black hole at its center that may have been active in the past," said Violeta Gamez Rosas, from Leiden University in the Netherlands, and the lead author of the study.

"The real nature of the dust clouds and their role in both feeding the black hole and determining how it looks when viewed from Earth have been central questions in AGN studies over the last three decades. Whilst no single result will settle all the questions we have, we have taken a major step in understanding how AGNs work," Gamez Rosas said in the statement.