Elizabeth Ann is the world's first cloned black-foot ferret, and was born on December 10th, 2020.

Now that Elizabeth Ann is of breeding age, conservation biologists hope to use her to help save the species from extinction. It will be the first time cloning has been successfully integrated into such an endeavor. Due to their small population size, the wild ferret colonies are currently suffering from inbreeding, decreasing their genetic diversity and reproductive fitness.

Elizabeth Ann's DNA contains multiple forms of genes found throughout the breeding program's inbred ferrets. It is hoped that her children will help reinvigorate the genetic viability of black-footed ferrets. Currently, she resides at a conservation center near Fort Collins, Colorado, and scientists are seeking a compatible mate for her.

"When it comes to black-footed ferrets, the mating scenario can get a little rough and we don't want Elizabeth Ann to be injured. She is precious, so we need an experienced male who has already produced offspring and who is therefore not going to be infertile, a problem that affects many black-footed ferret males today. In addition, we will select him for his gentleness," said Oliver Ryder, director of genetics conservation at San Diego Zoo. 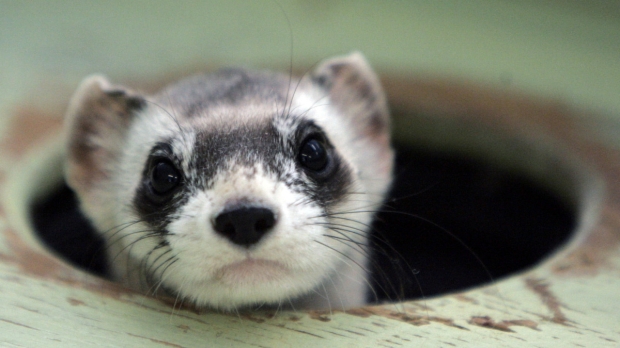