Authorities have sentenced a teenager to five years in prison and a $400 fine for planning to blow up a Russian government building constructed by the teenagers in Minecraft. 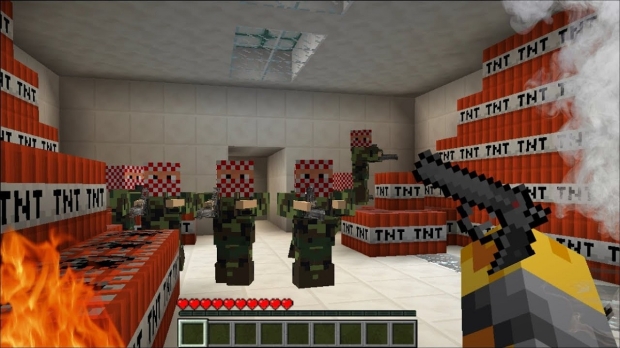 16-year-old student Nikita Uvarov was sentenced on Thursday by the Eastern District Military Court and was found guilty of terrorism and, more specifically, conducting training exercises to carry out criminal activity, per Uvarov's lawyer, Pavel Chikov. Uvarov, along with two other males of similar age, constructed replica buildings of the Kansk police department, and a local headquarters of Russia's Federal Security Service (FSB). The group of teenagers planned on virtually blowing these buildings up to demonstrate how the real buildings would explode.

Russian authorities were able to gain access to online discussions between the teenagers, which is where they found the group had discussed anarchism, pyrotechnics, and criticisms of the FSB. Additionally, authorities located through the online communications with the group the plans for the virtual detonations of the buildings. Russian publication Novaya Gazeta writes that the group of teenagers had been learning about explosive manufacturing since 2019.

Uvarov cried after the courts decision, "I'm a child, I'm not a terrorist". The two other teenagers weren't charged as they were "facilitating the investigation."