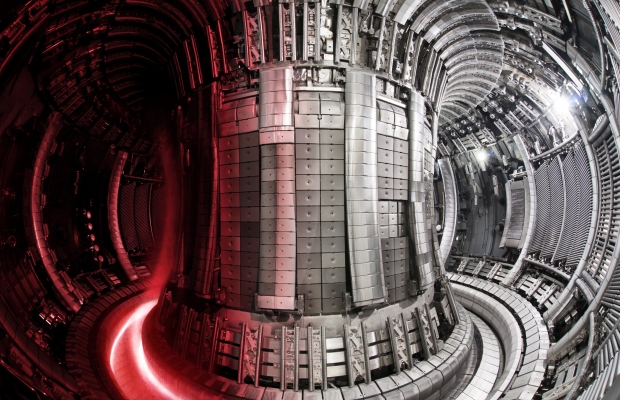 The fusion project produced stable plasmas with an energy output of 59 megajoules using deuterium-tritium fuel during a five-second discharge, equivalent to 11 megawatts. The experiments conducted were the first of their kind in over twenty years, as the JET facility is the only power plant currently capable of operating using this fuel.

The facility's goal is to replicate fusion as it occurs in the Sun, where deuterium and tritium, isotopes of hydrogen, fuse together and release massive amounts of energy in the process. Tritium is rare and difficult to handle, so most plasma experiments usually involve hydrogen or deuterium.

"We can explore the physics in fusion plasmas very well by working with hydrogen or deuterium, so this is the standard worldwide. However, for the transition to the international, large-scale, fusion experiment ITER, it is important that we prepare for the conditions prevailing there," explains Dr. Athina Kappatou from the Max Planck Institute for Plasma Physics (IPP).

ITER is currently being built in Cadarache, France, and will use deuterium-tritium fuel. To upgrade JET and bring it in line with the upcoming ITER and achieve the record-breaking energy output, scientists replaced the carbon lining of the plasma vessel in the JET experiment with beryllium and tungsten.

This change allowed them to reach temperatures ten times higher than the Sun's core, smashing the previous record, which was set by JET in 1997 at 22 megajoules of energy over five seconds, equivalent to 4.4 megawatts. Below you can watch the live-streamed announcement of the results of the JET experiment from the UK Government's YouTube channel.