A new study published in the journal Climate and Atmospheric Science highlights the accelerating ice loss Mount Everest is experiencing. 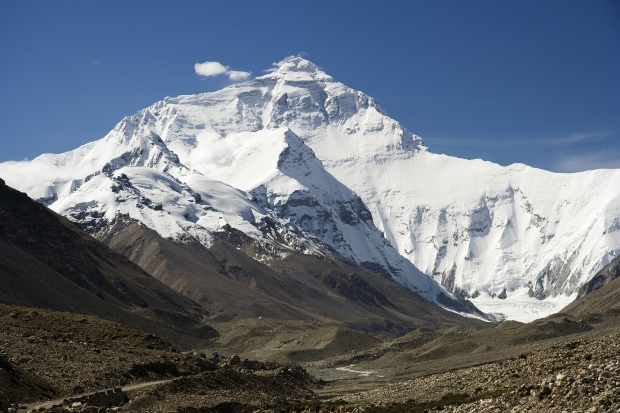 Researchers from the University of Maine have concluded that several decades worth of accumulation in Mount Everest's glaciers are melting and sublimating away annually due to human-induced climate change. The decaying glaciers will likely increase avalanches' occurrence and decrease the glacier's capacity to store water, which communities depend on for drinking water and irrigation.

It is also expected that expeditions to climb the mountain could become more challenging, as bedrock becomes exposed with snow and ice cover wearing thin. The research, resulting from the 2019 National Geographic and Rolex Perpetual Planet Everest Expedition, show that impacts of human-induced climate change are reaching the highest glaciers around the world, significantly more so since the later 1990s. An ice-core taken from the South Col Glacier shows that ice is thinning 80 times faster than the time taken to accumulate.

"Climate predictions for the Himalaya suggest continued warming and continued glacier mass loss, and even the top of the Everest is impacted by anthropogenic source warming," says Mariusz Potocki, a climate scientist from the University of Maine.