A new study published in Nature Climate Change has modeled the future of floods in the United States. 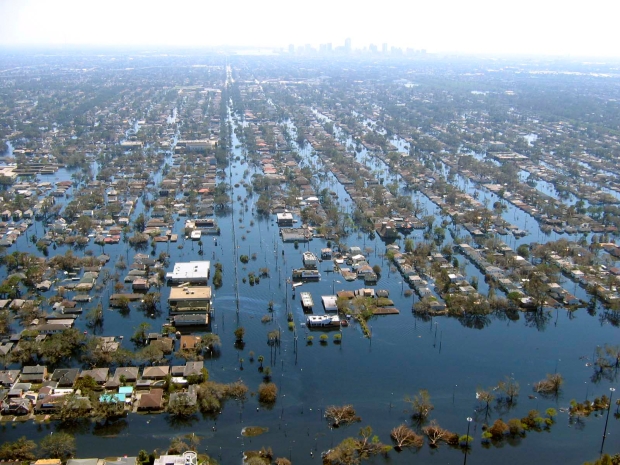 Researchers have estimated that the annual cost of flood damage in the U.S. will increase by 26.4 percent by 2050. The average annual flood losses amount to about $32 billion and are estimated to increase to $40.6 billion in 2050, based on 2021 dollar values. Their research emphasizes that the brunt of this financial hit will fall on disadvantaged communities.

"Climate change combined with shifting populations present a double whammy of flood risk danger and the financial implications are staggering. The mapping clearly indicates Black communities will be disproportionately affected in a warming world, in addition to the poorer White communities which predominantly bear the historical risk," said lead author Oliver Wing of the University of Bath's Cabot Institute for the Environment.

The researchers have warned these are "essentially locked in climatically," meaning even a dramatic reduction in emissions would likely not affect the flood projections. With growing populations and migration to areas more prone to flooding, they expect the average population exposed to floods annually will increase by more than 7 million people by 2050, a 97 percent increase from current levels.

"Current flood risk in western society is already unacceptably high, yet climate and population change threaten to inflate these losses significantly. The relatively short timescales over which this increase will take place mean we cannot rely on decarbonization to reduce the risk so we have to adapt better, both to the situation now and for the future," said co-author Paul Bates, a professor of hydrology at the Cabot Institute for the Environment. 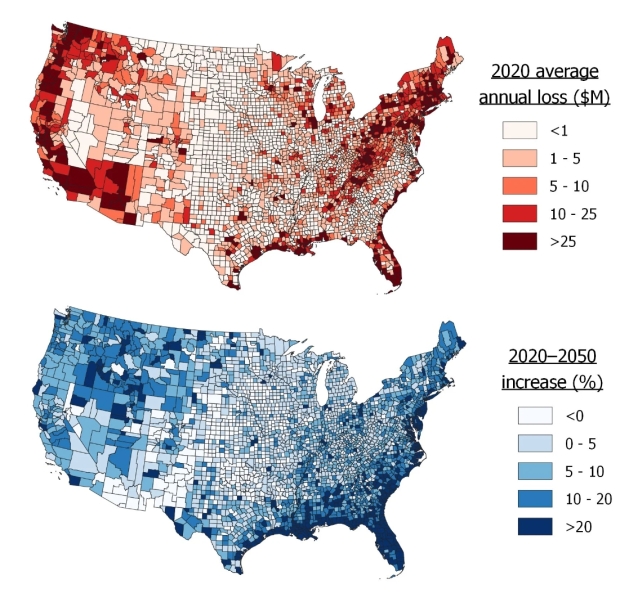