NASA has previously stated that there are currently no dangerous asteroids on their way to impact Earth, but what would happen if one did hit? 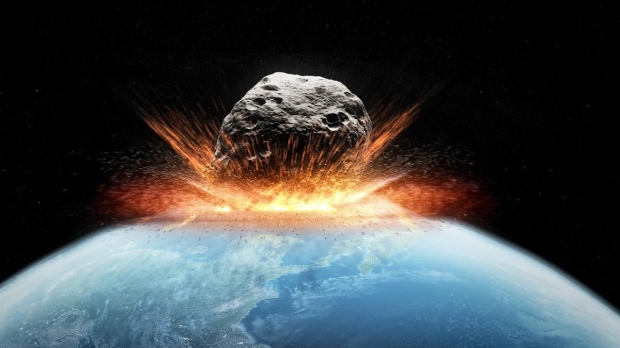 It should be noted that asteroids impact Earth regularly, but due to their minimal diameter, they usually burn up in Earth's atmosphere before making it to the surface. Not many asteroids make it to the surface, but if one did and it was large enough, the effects it could cause may be felt across the entire planet. An example of this is the asteroid that finished off the dinosaurs, which is estimated to have been 7.5 miles in diameter and traveling 27,000 mph.

Britt Scharringhausen, an associate professor of physics and astronomy at Beloit College, spoke to Inverse about this topic and said we would experience fires, shockwaves, earthquakes, acid rain, blocking out of the Sun, and a winter that would last around two years. Scharringhausen explained that not all life on Earth would perish if an impact of this scale were to occur, and humans very well could be one of the surviving species.

"All of the ash from the fires and all of the finer-grain debris from the impact will hang out in the atmosphere for a long time, and we get what's called an impact winter. It's going to block the sunlight, and all that ash falling into the ocean acidifies the top layers. So you burn things, kill everything in the ocean, and freeze the Earth, and it goes through about two years of constant winter."

"You could maybe ride it out in a bunker if you've got the supplies to make it through that period of winter where you can't grow any edible food. Maybe the finicky crops that humans like to grow won't come through it so well, but there's that seed repository, so if those are well-protected enough, you could get agriculture restarted," said Scharringhausen.