The Japanese startup, Astroscale, founded in 2013, operates the ELSA-d mission. 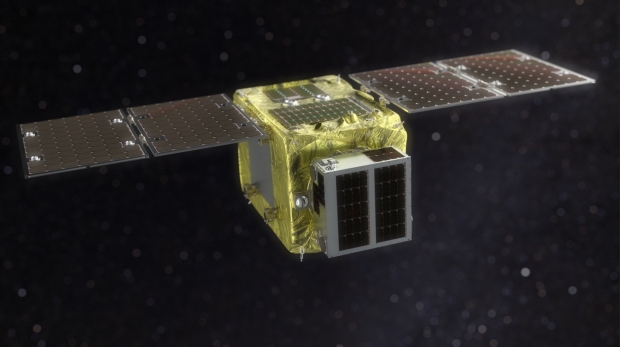 ELSA-d, short for "End-of-Life Services by Astroscale demonstration," launched in March 2021 to test technology that could clean up the more than 36,500 pieces of space debris larger than 10cm in diameter that are currently in orbit. The mission comprises two spacecraft, a 386-pound (175 kilograms) "servicer" and a 37-pound (17 kg) CubeSat "client" that docks to the former magnetically. In August 2021, the servicer released and caught the client repeatedly.

The next phase of the ELSA-d mission is to complete an autonomous capture demonstration. On January 25th, 2022, the servicer released the client and began autonomous navigation operations to keep the client within a safe distance but did not successfully recapture the client. According to a tweet by Astroscale on January 26th, "anomalous spacecraft conditions" mean they will not complete the capture attempt until the anomalies are resolved. Both spacecraft are still operational and safely separated, orbiting nearby one another.

Active Debris Removal in Space: How to Clean the Earth's Environment