Aboard the module is the Light Microscopy Module (LMM), and material from the InSPACE-4 and cell signaling in microgravity experiments. 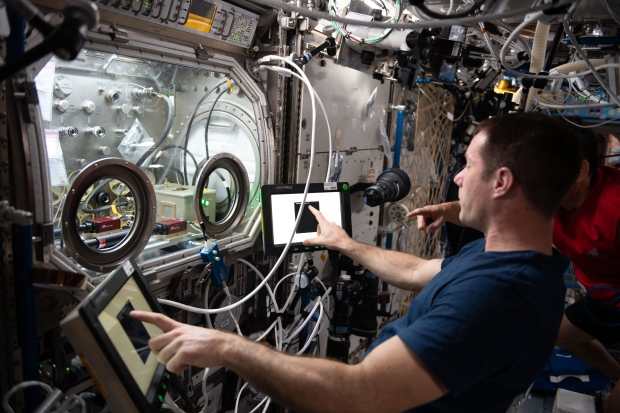 The SpaceX Dragon spacecraft arrived at the International Space Station (ISS) on December 22nd, 2021, with a scheduled for undocking on January 22nd, 2021, followed by a splashdown on Earth the next day. The mission, CRS-24, was a resupply mission to the ISS and has brought back with it some scientific hardware and material from various experiments.

The Light Microscopy Module (LMM) is a powerful light imaging microscope launched to the ISS in 2009, which is now being retired, returning to Earth aboard the Dragon craft. It contributed to many experiments, which you can read about on NASA's website.

The Dragon craft is also bringing back vials containing colloidal structures that were analyzed during InSPACE-4 experiments, relating to nanoparticles and material properties. Cell cultures from other experiments on the station also returned to Earth, used by the ESA in investigating how cellular signaling is affected by microgravity. You can read about these experiments and other past and active research conducted aboard the ISS here.