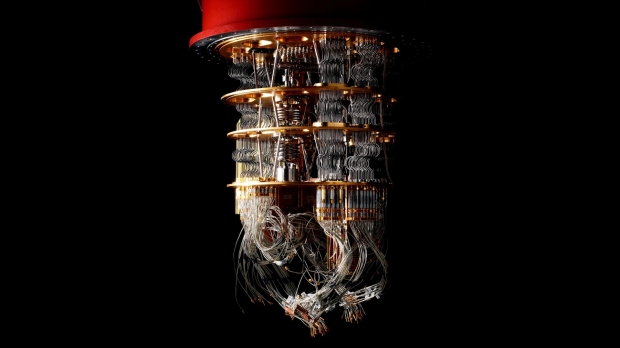 The research team created a tool to determine how big a quantum computer needs to be to solve two different problems: breaking the encryption of Bitcoin and simulating the molecule responsible for biological nitrogen fixation. Such a quantum computer would also need to be error-corrected, allowing for longer algorithms to be run at the cost of requiring more physical qubits.

"Our tool automates the calculation of the error-correction overhead as a function of key hardware specifications. To make the quantum algorithm run faster, we can perform more operations in parallel by adding more physical qubits. We introduce extra qubits as needed to reach the desired runtime, which is critically dependent on the rate of operations at the physical hardware level," said Mark Webber of the University of Sussex.

Encryption techniques such as the widespread RSA encryption, or the elliptic curve digital signature algorithm used by Bitcoin will one day be vulnerable to quantum computers, which are exponentially more powerful than classical computers regarding breaking encryption. Using the window of time between the announcement of a transaction and its integration in the blockchain, estimated to be between minutes and hours, the researchers estimated the size of the quantum computer necessary to break the encryption.

"State-of-the-art quantum computers today only have 50-100 qubits. Our estimated requirement of 30 [million] to 300 million physical qubits suggests Bitcoin should be considered safe from a quantum attack for now, but devices of this size are generally considered achievable, and future advancements may bring the requirements down further," said Webber.

"Four years ago, we estimated a trapped ion device would need a billion physical qubits to break RSA encryption, requiring a device with an area of 100-by-100 square meters. Now, with improvements across the board, this could see a dramatic reduction to an area of just 2.5-by-2.5 square meters," continued Webber.