Saturn's moon Mimas has whacked with an asteroid that has left an 80-mile wide crater to dominate its surface. 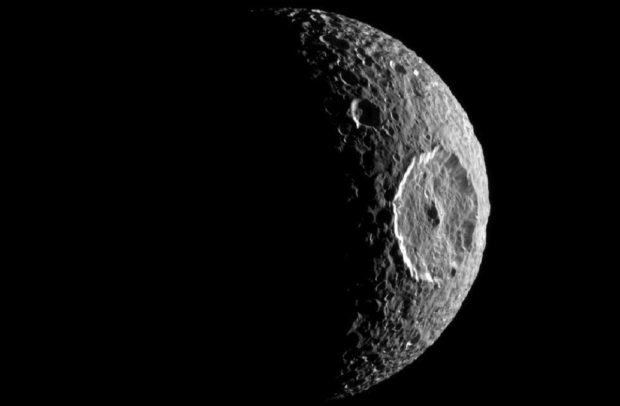 The crater has given Mimas a similar look to the iconic planet-destroying weapon called "Death Star" seen throughout the Star Wars franchise. While Mimas certainly isn't a planet-destroying weapon created by Star Wars villains, it has shown signs of having an engine beneath its surface, which has surprised researchers as it was believed the moon was just a frozen chunk of ice and rock.

Planetary scientists published a new study in the journal Icarus that explored the relationship between tidal heating, a process caused by gravity when a moon or planet orbits another celestial body, and Mimas' wobble. Mimas' orbit is very eccentric and only takes 22 hours and 36 minutes to complete one orbit of Saturn. Researchers proposed that tidal heating may have caused the interior of Mimas to heat up, causing ice to melt and form an ocean deep beneath the surface. This ocean could then cause the wobble in Mimas' orbit.

"Turns out, Mimas' surface was tricking us, and our new understanding has greatly expanded the definition of a potentially habitable world in our solar system and beyond." said Alyssa Rhoden, a geophysicist and lead author of the study. 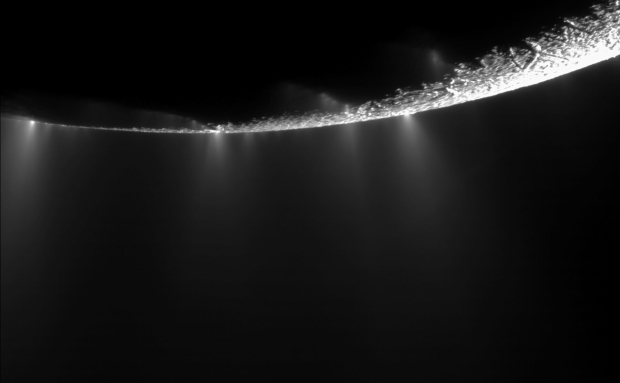 "We came up with exactly the right number," Rhoden said.

It's emphasized that while the researchers predicted the same results that were given by the computer, it doesn't confirm that there is indeed an ocean beneath the surface of Mimas, it just provides good evidence that one may exist there, and in turn, so may life.

"If Mimas has an ocean, it represents a new class of small, 'stealth' ocean worlds with surfaces that do not betray the ocean's existence", added Rhoden.