Four years ago, astronomers detected a mysterious object entering our solar system, it marked the first time an interstellar object passing through the solar system has been detected. 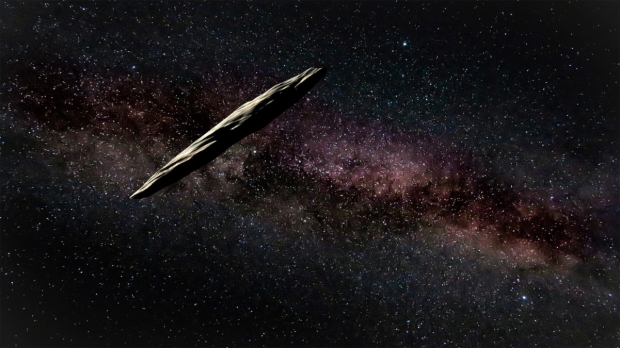 Since its detected, 'Oumuamua has puzzled astronomers, and as a result, many theories have surfaced that attempt to explain its origin. The object has a very odd shape, and while researchers can theorize how the object's shape came about, getting a closer look will give the most accurate answer. A team of researchers from the UK-based nonprofit "Initiative for Interstellar Studies" has proposed sending a spacecraft to the object for a close-up inspection.

The team of researchers proposed launching a spacecraft that circles Earth twice, then slingshots around Venus and Jupiter. Each pass of a planet, the spacecraft will gain momentum that will then propel the spacecraft towards the mysterious object. Researchers anticipate that if the spacecraft was launched in 2028, it would take around 26 years for it to reach 'Oumuamua.

"Theories to explain the nature of 1I/'Oumuamua have included a fractal dust aggregate, a hydrogen iceberg, a nitrogen iceberg, an alien solar sail, fragments of a tidally disrupted planet, and so on," the Interstellar Studies team wrote.

While the mission would take a very long time to complete, the science that would be done if a spacecraft reached 'Oumuamua could alter our understanding of the universe.