A clip has been shared onto Twitter that shows astronauts aboard the International Space Station (ISS) being chased around by a gorilla.

The footage was shared onto Twitter by screenwriter and filmmaker Todd Spence, where he wrote that astronaut Mark Kelly smuggled a full-sized gorilla costume onto the ISS back in 2016. Spence got a few things wrong in his caption on the video which has since been retweeted more than 43,000 times.

The gorilla costume wasn't smuggled onto the ISS or worn by Mark Kelly, it was actually worn by his twin brother Scott Kelly, who can be seen in the above video chasing around astronauts. The costume was sent to Scott by Mark and ended up staying onboard the floating laboratory for an entire year. Even in space humans find ways to prank other humans in a soul effort to bring a smile to everyone's face. I think if that was the mission Scott had in mind, it was certainly achieved. 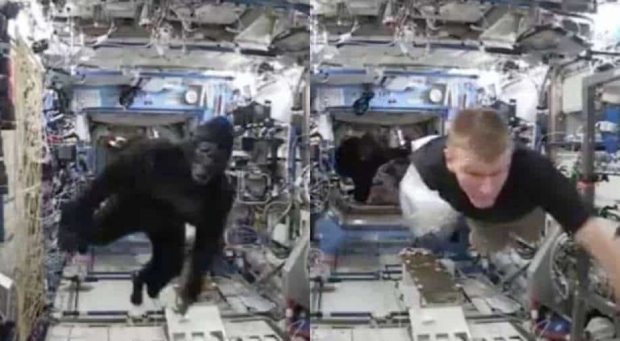