A NASA researcher has explained how the agency is constantly looking for intelligent alien life and that this life could be detected through what is called "alien megastructures".

In a new interview with Vice, Ann Marie Cody, a research scientist at NASA Ames and the SETI Institute, explains that SETI is the "Search for Extraterrestrial Intelligence" and encompasses a range of micro-fields and that her field concentrates on the search for "techno signatures", which is the hunt for advanced civilizations that have created megastructures that give off a detectable signal.

Cody explains that her colleagues take observe thousands of stars every day, and during the observation, images are taken and then organized into a sequence that showcases the star's brightness of a period of time. If an object has passed in front of its host star, it will cause a dip in brightness that will be seen in the previously recorded sequence. From this, researchers can infer that an object has passed in front of the host star.

"We look at thousands - even millions - of stars, take image after image, then we translate those images into a sequence of each star's brightness over time. If you have an artificial megastructure, you could potentially cause a different signature that would be unique," Cody explained.

The NASA researchers added that while the SETI Institute has yet to find an alien megastructure, such as a structure capable of harnessing the energy of a star, if one is discovered, the public will be notified right away. For more information on how the researchers interpret the data check out the above video.

"We don't want science to be happening behind closed doors. We want the public to see that it's a process. It's not just like you discover something instantly and there it is. You've got to follow-up and test all hypotheses," said Cody. 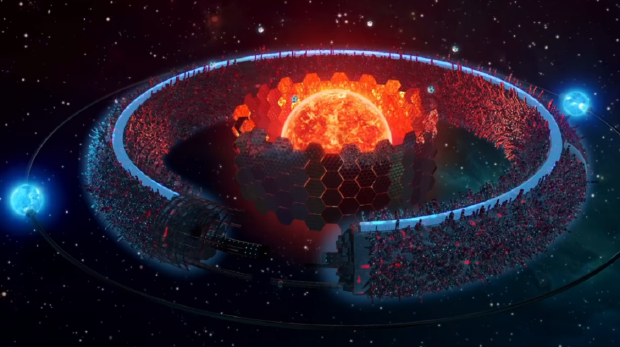