A new article published in the Journal of Transport Geography has examined the correlation between cycling and socioeconomic factors. 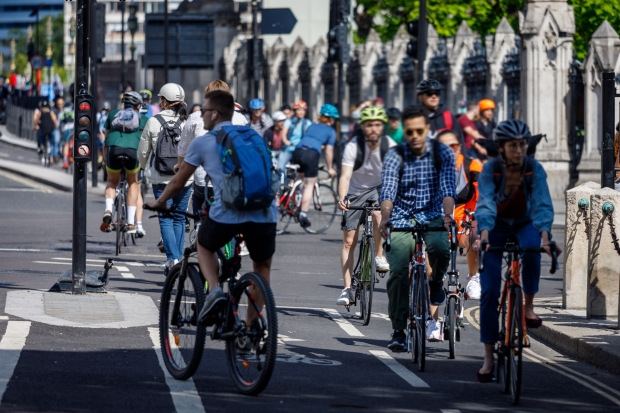 Dr. Ansgar Hudde from the University of Cologne's Institute for Sociology and Social Psychology (ISS) analyzed data spanning 1996 to 2018 from the German Mobility Panel (MOP) and the Socio-Economic Panel (SOEP), including over 55,000 people and totaling over 800,000 journeys.

The data shows that German city dwellers who had attained Abitur (completion of secondary education) cycled twice as much in 2018 on average compared to 1996, reaching 70 minutes per week. Citizens without Abitur living in less urbanized areas didn't have a marked change recorded over the same period, resulting in more highly-educated city dwellers cycling roughly three times as long comparatively.

"Individuals with a college degree are nearly 50 percent more likely to use bicycles than those without a college degree, holding factors such as age, gender, and place of residence constant in the analysis. Overall, the results clearly indicate that it is the educational level itself that leads to more bicycling," said Hudde.

Prior research has shown that people choose their transport method not only with considerations of cost and travel time, but according to its symbolic value and how others will perceive it. An expensive car can signal wealth and higher status but doesn't necessarily convey environmental concern.

"With the bicycle, it's exactly the opposite. People with higher educational qualifications usually do not run the risk of being perceived as poor or professionally unsuccessful, even if they are on the road with an inexpensive bike. Rather, they can gain status by cycling if they show themselves to be modern, health-conscious, and environmentally aware. In contrast, people with a lower level of education might be more likely to use an expensive car as a status symbol to show that they have 'made it'." explained Hudde.