Imagine your Tesla Model 3 electric vehicle sitting in your driveway not being used -- so what better way do make some money, than to mine cryptocurrency from your Tesla -- might as well, right? 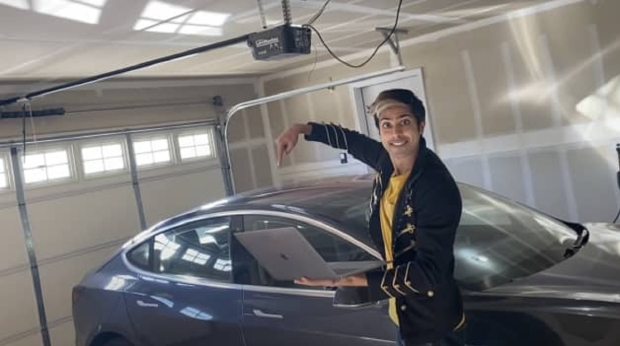 That's just what Siraj Raval did with his flashy Tesla Model 3 vehicle, using an Apple Mac mini M1 system with some discrete GPUs, which are unknown at this point, but it would be a few discrete GPUs at the very least as Raval is making around $800 per month. Raval is aware that mining cryptocurrency from his Model 3 voids Tesla's warranty, too.

The price of Ethereum hit a peak towards the end of 2021, which is when Rajal said he was making $800 per month mining from his Tesla Model 3, with Bitcoin miner Alejandro de la Torre adding: "The main component is the price of the electricity. If it's cheaper doing it through an electric vehicle, then so be it". As for the crypto mining power of the Model 3, Tesla hacker and crypto miner Thomas Sohmers said: "The best estimate I would have for the hashrate for the GPU in the Model 3 would be around 7-10 MH/s. Currently, at 10 MH/s, that would generate revenue of about $13.38 worth of ether, before any expenses. The difficulty is so high...I could make more money working at McDonald's".

I don't know why you'd want to put any of that unnecessary wear and tear on your Tesla electric vehicle by mining cryptocurrency, but I do dig it from the perspective of doing it just because you can -- and more so, hacking the EV to mine crypto from its internal hardware -- even if it is only at just 7-10MH/s.