Disney is taking some steps towards adopting the Metaverse as the company has been approved for a patent that creates new attractions at Disney theme parks. 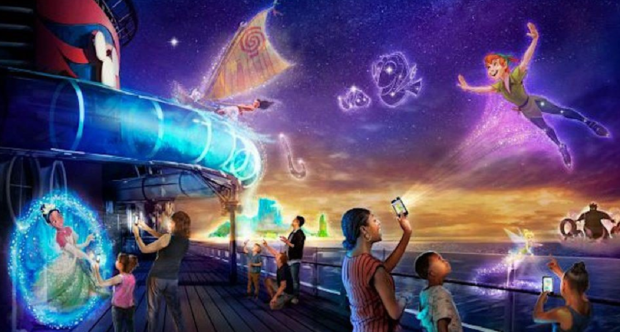 According to the patent that was approved on December 28, 2021, Disney is moving towards developing new technology that will track visitors to its theme parks and then generate personalized 3D effects onto physical spaces located near the individual. This new technology doesn't require virtual reality (VR) or augmented reality (AR) headsets, and when created, it will be a major step towards Disney's own Metaverse.

The technology that Disney has patented is for a "virtual-world simulator in a real-world venue". Disney has previously expressed its interest in the Metaverse as the company's CEO Bob Chapek stated during a November 2021 earnings call that Disney is preparing to bring physical and digital assets more closely together, which will allow for "storytelling without boundaries in our own Disney Metaverse."