SpaceX made its first orbital launch of 2022 with a new group of Starlink satellites. 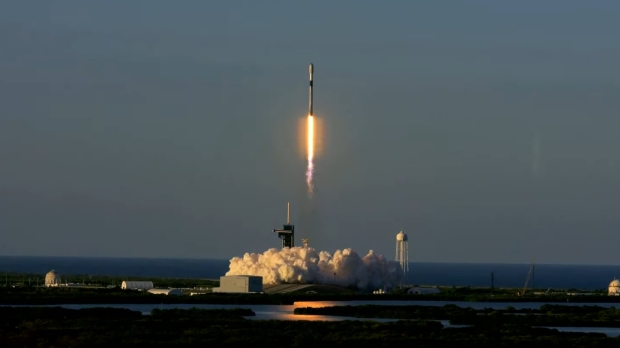 The launch was dubbed the Starlink Group 4-5 mission and contained 49 Starlink v1.5 satellites, taking off from the Kennedy Space Center Launch Complex 39A (LC-39A). The Falcon 9 launch vehicle carrying the Starlink payload was launched southeastward from the pad to a 210 x 339 km low-Earth orbit (LEO) with a 53.22-degree inclination.

Using the southeast launch corridor, which follows the coast of the Bahamas, breaks decades of the precedent set by launches that typically follow the northeast launch corridor along the eastern seaboard of the United States and Canada. This trajectory meant the rocket would perform a dogleg maneuver and was the reason for fewer Starlink satellites being launched in this batch than previous launches with the v1.5 satellites.

Approximately 637 kilometers (396 miles) downrange from the launch pad was SpaceX's Autonomous Spaceport Drone Ship (ASDS) A Shortfall of Gravitas (ASOG), which awaited the collection of the returning Falcon 9 booster. ASOG was assisted by the multi-purpose vessel Doug in the wet recovery of fairings from the water.