A team of MIT researchers has designed a new rover that can use the electric field of a celestial body to levitate. 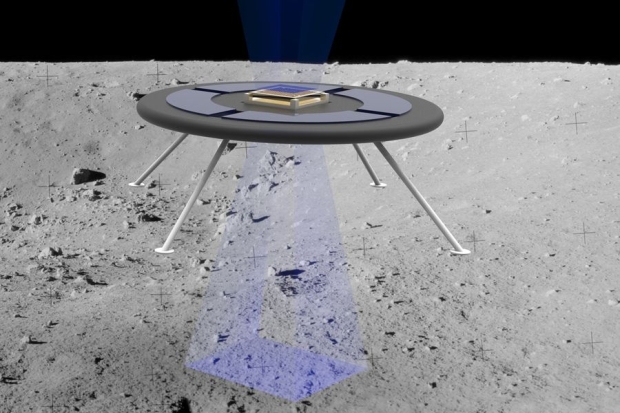 The researchers have designed a small disk-shaped craft that resembles what a typical "UFO" would look like. This craft is about the size of the palm of a human hand and weighs about as much as a chicken egg, but it's equipped with small thrusters that produce enough repulsive electrostatic force to cause the craft to levitate. Celestial bodies such as the moon and asteroids don't have air, which rules out any previously designed craft that requires air to function (planes, helicopters, etc.)

According to the researchers behind the new UFO-style craft, the design hinges on the discovery of the amount of electrostatic force that can be generated when charging the surface. The researchers equipped the craft with thrusters to give the surface the required amplification and found that their current design was able to levitate 2-lb on either the surface of the moon or an asteroid. An expansion of the initial concept into larger craft designs would yield similar results, meaning larger crafts would also levitate.

"Engineers at NASA and elsewhere have recently proposed harnessing this natural surface charge to levitate a glider with wings made of Mylar, a material that naturally holds the same charge as surfaces on airless bodies... But such a design would likely be limited to small asteroids, as larger planetary bodies would have a stronger, counteracting gravitational pull. The MIT team's levitating rover could potentially get around this size limitation," wrote MIT officials.

"Similarly, we think a future mission could send out small hovering rovers to explore the surface of the moon and other asteroids," Oliver Jia-Richards, the study's lead author and graduate student in MIT's Department of Aeronautics and Astronautics, said in the statement.